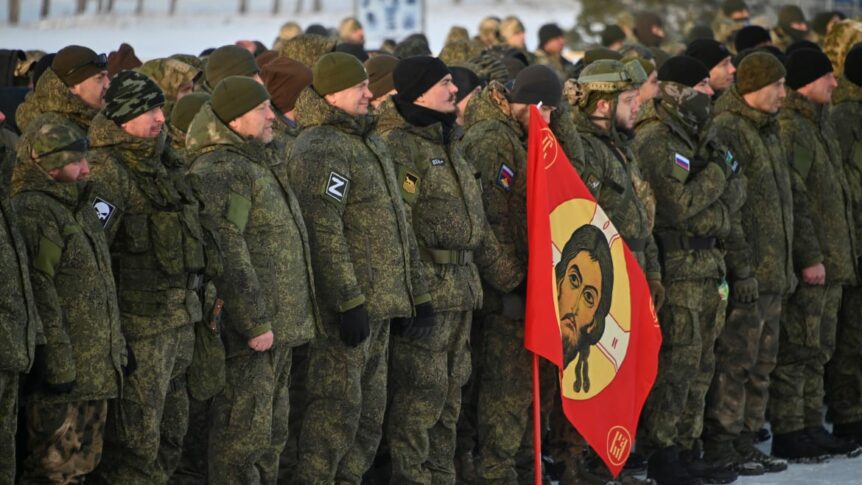 Hundreds of Russian draftees reportedly fear they have been sent on a suicide mission by top military officials who are planning to conceal their deaths through an inventive new scheme: changing records to show they are part of a regiment that doesn’t exist.

“They assigned us to regiment 228–such a regiment does not exist,” one of the men told the independent news outlet Sota. “They want to send us to a hot spot tomorrow with machine guns [to go] against tanks, drones, and mortars on minefields. We’re just cannon fodder.”

Sota reports that they’ve obtained an audio message recorded by some of the draftees, appealing for help on behalf of the 400 men who hail from the Altai Republic. In it they say they’re being sent to storm an area near Svatove in Ukraine’s Luhansk region.