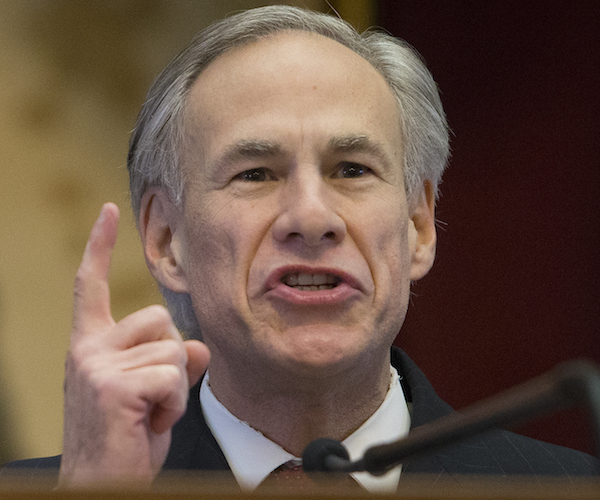 Texas Republicans pressed ahead with their push for tougher election laws Tuesday, vowing to ensure Democrats’ weekend victory over one the most restrictive voting measures in the country would only be temporary.

Republican Gov. Greg Abbott prepared to call lawmakers back for a special session to revive the voting measure that died when Democrats staged a dramatic walkout from the state Capitol just before end of the legislative session Sunday night. Bolstered by GOP majorities in both the House and Senate, Abbott also was weighing whether to use the extra session to take up other top conservative priorities that had failed during the session.

That left Texas Democrats facing the aftermath of their last-minute maneuver and confronting how — or even whether — they can turn it into more than just temporary roadblock in the GOP’s nationwide pursuit to impose tighter voting laws across the U.S.

“There are consequences,” said state Sen. John Whitmire, one of Texas’ longest-serving Democrats.

Democrats who pulled off the revolt in the state House of Representatives just before a midnight deadline Sunday did not leave indefinitely. Most were back on the House floor just 12 hours later for ceremonial business, and none are calling to boycott a special session.

They are instead betting their dramatic flight out of the Texas Capitol and to a Black church will make Republicans think twice about some provisions in the legislation — like banning early voting Sunday morning, when many Black worshippers go to the polls after service — and give them more say on the next elections bill.

But bare-knuckled Republican governing is a way of life in the Texas Capitol and no concessions are so far promised. Abbott, meanwhile, has begun both punishing and taunting Democrats while he settles on deciding on when he will order them back to work.

He said Monday he would veto the part of the budget that funds legislators’ salaries, a move that could impact not just Democrats but also other Capitol staff. He then tweeted a reminder of the last time Texas Democrats dramatically blocked a bill: when then-state Sen. Wendy Davis talked for more than 11 consecutive hours in 2013 to filibuster a sweeping anti-abortion measure, which Republicans immediately revived and passed in a special session.

“We all know how that story ended,” Abbott tweeted.

The Texas GOP’s torpedoed bill, known as Senate Bill 7, would have reduced polling hours, empowered poll watchers and scaled back ways to vote. It included a ban on drive-thru voting centers and 24-hour polling places, both of which were used last year around Houston, reflecting how Republicans went after Texas’ largest Democratic stronghold.

But it was new provisions added during final negotiations between the House and the Senate that triggered the Democrats dramatic action. One of the new measures would have made it easier to overturn an election by allowing a judge to void a candidate’s victory if the number of fraudulent votes cast could change the outcome, regardless of whether it was proved that the fraud actually had affected the result. It was kind of provision could allow a favorable judge to side with a candidate who makes broad claims of fraud with little specific evidence — as former President Donald Trump did with virtually no success.

Some Democrats suggested they would allow a vote on the elections legislation, if it more closely resembled the earlier version and included some bipartisan input. Democrats had voted against that as well, but had not staged the protest.

“If we get back on track with that mentality, we might be able to come up with election policy that is less objectionable,” Democratic state Rep. Trey Martinez Fischer said.

There were some signs Republicans might back off some of the new, strict measures. Republican state Rep. Travis Clardy, one of the negotiators on the final version of the Texas bill, told NPR on Tuesday that banning early Sunday morning voting was essentially a typo — that instead of starting voting no earlier than 1 p.m., the bill was supposed to say 11 a.m.

“That’s one of the things I look forward to with fixing the most. Call it a scrivener’s error, whatever you want to,” Clardy told NPR.

But the Senate author of the bill, Republican Bryan Hughes, made no mention of such a mistake over the weekend while defending the new Sunday limits. “Election workers want to go to church, too,” Hughes said.

It the new bill is not acceptable to Democrats — and they were to walk out again — Republicans’ don’t have to stand pat. State troopers could be mobilized to try to forcibly bring lawmakers back to the House, as was the case in 2003, when Texas Democrats fled to Oklahoma and New Mexico to try and block new voting maps.

Whitmire, who was first elected to the Texas Legislature in 1973, spent 36 days holed up in a hotel before breaking ranks with his fellow Democrats and returning home. The decision gave Senate Republicans at the time the quorum needed to get back to work on a redistricting plan that would give the GOP more seats in Congress.

“Of upmost important is, what are you going to do when you get back?” Whitmire said of denying a quorum. “Are things going to be different? Probably not. But it educates the public and lets your core group know how committed you are to principles.”

Texas Democrats’ move has reverberated across the country. President Joe Biden on Tuesday urged Democrats and their allies to step up the fight over voting law, which is expected to heat up on Washington later this month when Democrats debate a massive federal rewrite of elections law.

“I urge voting rights groups in this country to begin to redouble their efforts now to register and educate voters. June should be a month of action on Capitol Hill,” he said.