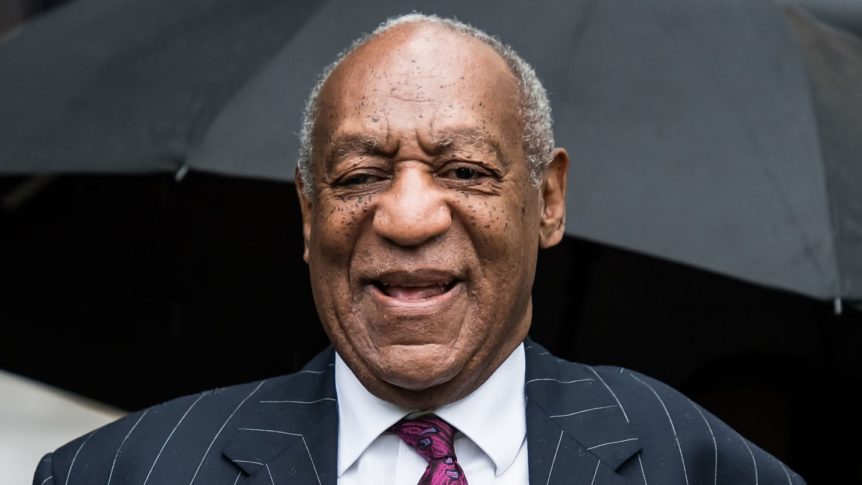 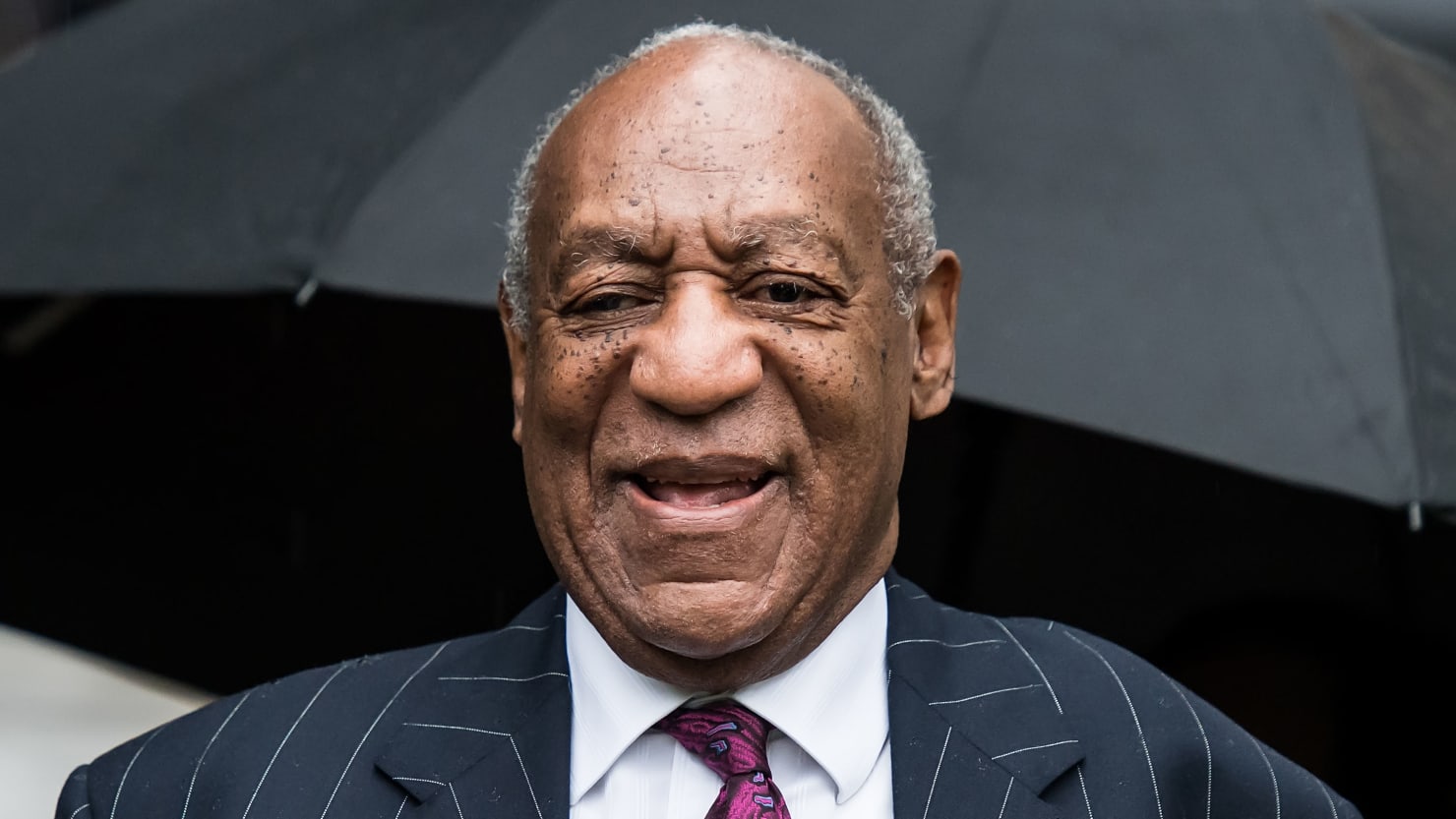 As nationwide anger erupted on Wednesday after Bill Cosby walked out of a Pennsylvania prison with his sexual-assault conviction overturned, legal experts were alternately aghast and numb to a signature villain of the MeToo Era slipping away.

The Pennsylvania State Supreme Court vacated Cosby’s 2018 conviction on three felony counts of aggravated indecent assault after finding that a previous understanding with prosecutors should have prevented the charges from ever being filed against him.

Back in 2005, echoing decades of often dubious claims by law enforcement, then-Montgomery County District Attorney Bruce Castor expressed doubt that Cosby could be prosecuted criminally for drugging and assaulting Andrea Constand, a Canadian basketball coach. Instead, Castor suggested, he would help ensure “some measure of justice” by compelling Cosby “to testify in a subsequent civil action, under penalty of perjury, without the benefits of his Fifth Amendment privilege against self-incrimination,” the ruling states.

Despite that bizarre arrangement with law enforcement, a decade-long interregnum, and a mistrial, the 83-year-old was, in fact, charged and then convicted of attacking Constand by Castor’s successors. She was just one of the dozens of women who accused Cosby of violent predation, and the prosecution and conviction were seen as a massive step forward in the #MeToo era.

Throughout his multiple trials and years-long attempts to quash his conviction, however, Cosby had a unique card to play: The deal with Castor.

Cosby had been promised that he would not be prosecuted if he agreed to testify in the civil suit filed by Constand. Among other things, the disgraced comedian’s camp argued, the promise was the only reason Cosby agreed to incriminate himself, going into graphic and horrifying detail about drugging and assaulting women.

Thanks to the highly questionable prosecutorial arrangement, Wednesday’s outcome was one some legal experts had long predicted and even suggested might be inevitable. Still, the reversal represented a massive blow to survivors of sex crimes and their advocates, some of whom feared it would chill future prosecutions after a years-long trend toward greater accountability for violent predators.

“The District Attorney’s Office completely dropped the ball here by allowing this agreement to happen in the first place. They should have known better,” Jonathan Smith, the executive director of the Washington Lawyers’ Committee for Civil Rights and Urban Affairs who worked on police oversight in the Obama-era Justice Department, told The Daily Beast. “I think the most shocking part of all of this is that prosecutors allowed this agreement to even exist.”

The agreement means that, even as Cosby’s conviction is overturned and—thanks to the Supreme Court decision—he is assured of no future retrial, the disturbing details of his predatory ways are still on the record, and in his own words.

During four days of depositions in the civil case in 2005 and 2006, Cosby made several incriminating statements, including where he admitted that drugs and his professional success helped him pursue young women.

“Notably, during his depositions, Cosby confessed that, in the past, he had provided Quaaludes—not Benadryl [as previously claimed]—to other women with whom he wanted to have sexual intercourse,” the Supreme Court judges recapped in their ruling throwing out the same man’s conviction.

The civil suit was eventually settled for more than $3 million in 2006.

Despite Castor’s agreement, his successors reopened the criminal investigation into Constand’s allegations in 2015. When then-District Attorney Risa Ferman launched a new investigation, however, Castor sent her an email reminding her of “what we did with Cosby back in 2005,” attaching the press release that amounted to the only significant evidence of any deal.

Specifically, Castor suggested that what prosecutors ultimately did—use Cosby’s words against him—was out of bounds.

“I can see no possibility that Cosby’s deposition could be used in a state criminal case because I would have to testify as to what happened, and the deposition would be subject to suppression,” Castor wrote to Ferman.

“Knowing this, unless you can make out a case without that deposition and without anything the deposition led you to, I think Cosby would have an action against the County and maybe even against you personally,” he added.

At the subsequent criminal trials, Constand testified that Cosby invited her back to his Philadelphia estate, where he gave her a pill that caused her to lose control of her limbs before sexually assaulting her.

Some legal observers suggested that, abhorrent though Cosby may be, there was a coherent rationale behind the Supreme Court decision.

“It is extraordinarily difficult to second-guess the judgment that Castor made in a way that takes into account all that was known and not known,” Noah Feldman, a Harvard legal historian, told The Daily Beast. “Generally, prosecutors are seeking to get justice for victims. In this case, according to his own statements, the reason Castor made the statement he would not prosecute was specifically in agreement with Constand’s lawyers,” in order to remove Cosby’s protection to invoke the Fifth Amendment.

Despite Castor’s concerns, Ferman pressed forward with the investigation into Cosby, charging him just days before the statute of limitations expired. The trial, which was ultimately prosecuted by Montgomery County District Attorney Kevin Steele, became one of the first major cases in the #MeToo movement after five women besides Constand testified about the disgraced star’s larger pattern of abusive behavior.

After a 2017 mistrial that saw a jury remain deadlocked, Cosby was retried, convicted, and ultimately sentenced in 2018. It was a massive case, the undoing of which rattled legal experts and advocates for survivors of sexual assault alike.

On Wednesday, Steele and Castor both spoke out about the state’s decision to overturn Cosby’s case. In a general statement, Steele stressed his hope that Wednesday’s ruling “will not dampen the report of sexual assaults by victims” and that his office will continue “to follow the evidence wherever and to whomever it leads.”

Cosby, who notably refused in May to participate in a sex-offender treatment program while in prison, also spoke out on Wednesday. In a bizarre tweet showcasing a photo of him fist-pumping the air, the disgraced comedian insisted he had “never changed” his claim of innocence and thanked fans who stood by him “through this ordeal.”

For his part, Castor, in an interview with KYW, said he was “not surprised” by the outcome—and even went as far as to suggest what happened to Cosby “was really egregious and what they did to him should never happen to any American citizen at any social strata.”

Experts with no stake in the fight saw it rather differently, even as they nodded to the success of Cosby’s high-powered legal team.

Calling the decision “just crazy,” former federal prosecutor Neama Rahman conceded that the defense’s argument that Cosby’s Fifth Amendment rights were violated—because he testified in a civil case while believing himself safe from prosecution—was “creative and smart.”

After all, as Rahman noted, prosecutors used his “damning” depositions as “their golden ticket” during his trial.

The former federal prosecutor added that because this was a state case and was essentially “set in stone” in Pennsylvania—and the state Supreme Court barred a future trial in its ruling—it was very unlikely federal prosecutors or any other body would ever get involved.

“There are federal sexual assault statutes that I guess technically he could be charged with,” he said. “Will feds step in and prosecute this now? I doubt it.” The U.S. Attorney’s Office for the Eastern District of Pennsylvania declined a request for comment.

Beyond the dim prospects for going after Cosby personally, experts and advocacy groups were worried about what the fiasco meant for survivors in general.

Tena Tchmen, the CEO of Times Up, an advocacy group for sexual-assault suvivors, said in a statement the state’s decision was “not only triggering for those who have experienced sexual violence and its emotional and physical consequences; it is a miscarriage of what little accountability survivors are afforded by our legal system.”

“While many will use this moment to focus on single, bad actors, this decision to overturn Bill Cosby’s conviction reminds us that we are forced to contend with a flawed criminal-legal system that was created in support of patriarchal standards, with the goal to maintain dominance, power, and control,” she added.

Even those with experience making cases at the highest levels of the American legal system were worried about what might come next.

“I think it’s going to be re-traumatizing for a lot of women in general, especially those who experienced this kind of abuse or those who were brave enough to testify,” Smith, the former DOJ official, added.

He was far from alone.

“Seen in the context of sexual abuse and the #MeToo movement, it is understandably a very upsetting decision,” Feldman said. “One of the real-world effects may be that survivors who may make the decision to come forward may be less inclined” to do so.