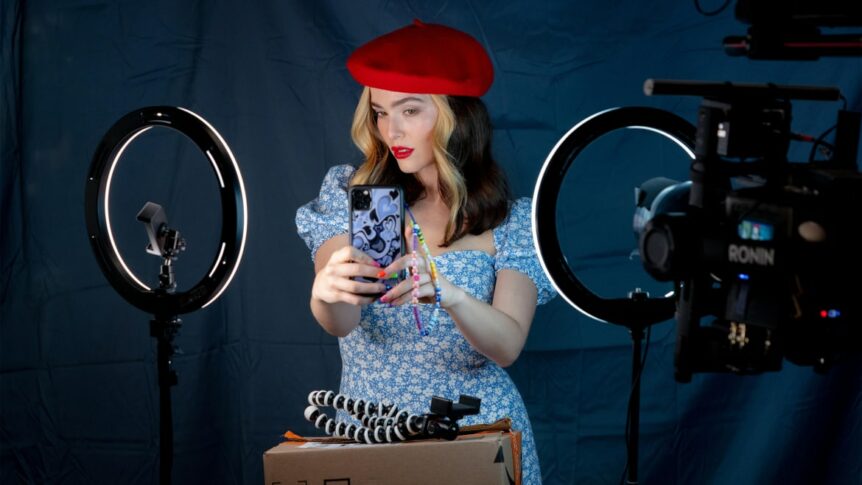 It’s about one-third of the way into Not Okay that the most interesting character finally shows up.

In the film, which is now available on Hulu, Rowan Aldren (Mia Isaac) is a New York City teenager who’s part of a support group for survivors of violence. Self-possessed and confident beyond her years, she’s become an avatar for the gun control battle after surviving a mass shooting at her school. High-profile rallies are as much a part of her schedule as group projects.

Somewhere between classes, her weekly support meetings, and sessions at a rage room—where she smashes household objects with a bat to vent her frustration—she finds the time to deliver impassioned speeches calling for stricter gun laws. She lays the blame for massacres like the one she survived at the feet of politicians who, in her view, have decided to trade the lives of young people for votes. She does this knowing that it puts her at physical and psychological risk. Every speech means reliving the horror of hearing her classmates be executed one by one. At school, a lockdown drill accompanied by a loud siren and instructions to hide under her desk induces shallow breathing and a clear look of dread.