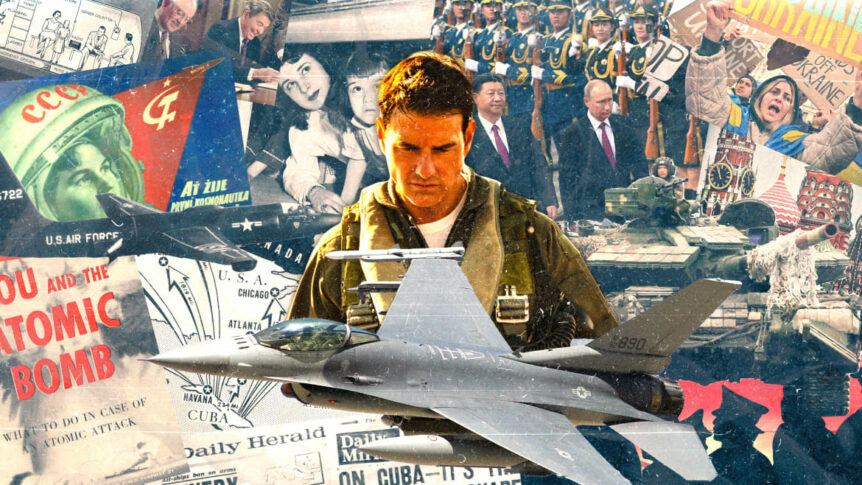 Have you seen that Top Gun sequel yet? Squint your eyes and it’s hard to know whether it’s 1986 or 2022. And really, who cares? Aviator shades and leather bomber jackets never go out of style. Turn up the electric guitars and scramble the jets. Best not ask too many questions.

Hollywood loves a good sequel, prequel, or remake. They come with a built-in audience. The filmmaker doesn’t need a new idea. Marketers don’t have to convince an audience that said new idea is worth their time. That same kind of slothful cynicism is ever more apparent in weightier parts of life too. For past few years, and even more so in recent months, there is talk of a supposed “new” Cold War.

Foreign Policy, the Council on Foreign Relations, the National Interest and Nobel Prize-winning economist Joseph Stiglitz, among many others, have taken up this idiotic rhetoric. The cast of this real-world reboot is in constant flux. Global jihadists had a good run as America’s top international antagonist. Then it was China’s turn. When Russia invaded Ukraine in February, Russia moved from understudy to the lead role. Not to be outdone, as Speaker of the House Nancy Pelosi visited Taiwan a few weeks back, China again stole top billing. Perhaps, as was the case in Top Gun, it’s better to leave the enemy anonymous.