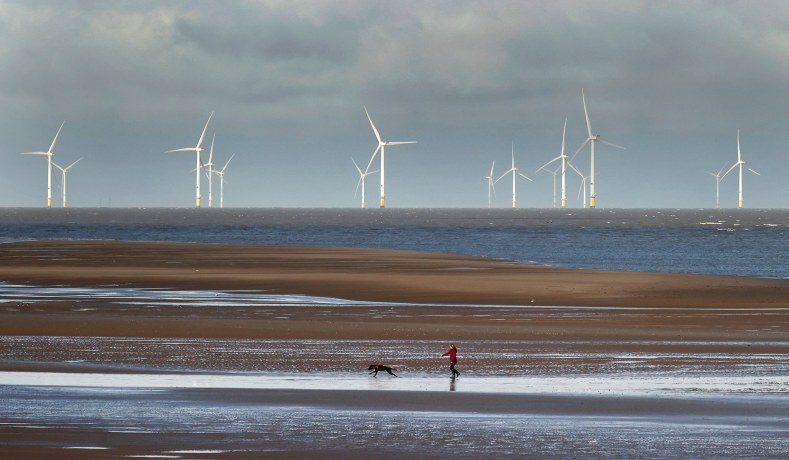 In a last desperate, if unnecessary, effort to ensure that she would be remembered as one of Britain’s worst prime ministers, Theresa May ensured that the U.K. would be obliged by law to reach net-zero carbon emissions by 2050, a gesture that will make little or no difference to the climate, will be extraordinarily economically destructive, and will almost certainly end in miserable failure. The U.K. was the first G7 country to make such a commitment, and it has not been the last. Lemmings are like that. Here in the U.S., the Biden administration boasts of having “set a course for the United States to tackle the climate crisis at home and abroad, reaching net zero emissions economy-wide by no later than 2050.”  It will be worth Americans’ while to keep an eye on Britain’s trudge to the solar-powered uplands.

Here’s a small detail from a Guardian report from the time when May announced her initiative:

Last week No 10 [Downing Street]  dismissed claims from the chancellor [finance minister], Philip Hammond, that such a target would cost £1tn and could thus require spending cuts to public services.

If the economics of Britain’s net zero were hazy in 2019, they are not much clearer now. Prime Minister Boris Johnson is known neither for his command of detail nor for his willingness to confront unpleasant facts.

But unpleasant facts have a way of emerging.

And that brings me to gas boilers.

The adoption of heat pumps by homeowners and landlords will play a pivotal role in the U.K. meeting its commitment to achieve carbon neutrality by 2050. Progress on them can serve as a near-term benchmark for the nation as a whole. Prime Minister Boris Johnson wants to install 600,000 heat pumps annually by 2028, a 20-fold increase from the current rate in a country where less than 1% of the homes use the technology. That means convincing millions of people to rip out their oil and gas boilers and adopt a technology most people haven’t heard of—and many can’t afford . . .

Heat pumps typically cost almost three times as much as a gas boiler, and they only work in well-insulated homes.

The U.K. is, of course, famous for its “well-insulated homes.”

The implications of this are sinking in.

Around 23.8million homes are connected to the gas grid, which they depend on for heating and hot water. A further one million homes depend on heating oil. Just 1.7million homes depend on electric heating – mainly flats and some rural properties. The reason gas is so prevalent is because it is abundant and cheap. This makes it a far more useful source of energy from the consumer’s perspective. Gas costs around a quarter of the price of electricity per kilowatt hour. And so, unsurprisingly, the total energy delivered by the gas grid is around four times that delivered by the electricity grid.

But the public’s need for cheap, reliable energy is not compatible with the Net Zero agenda. As part of the transition, some 25 million homes will have to be ‘upgraded’. This will require gas combi boilers – which are small enough to fit in a kitchen cabinet – to be replaced by an air-source heat-pump unit, including a large ‘buffer’ tank. These new units will take up roughly the space of a large cupboard. Due to the lower operating temperature of air-source central-heating systems, radiators will have to be replaced with units that are twice the size as well. Connections to the radiators will also have to be replaced with larger diameter pipework. All of these ‘upgrades’ will leave people with far less space in their homes.

That gives an idea of the scale of the problem, but not the timing, which may be more relaxed than Pile was anticipating.

Ross Clark, in The Spectator:

A government threat to ban gas boilers in existing homes by 2035, and to fine homeowners if they failed to meet the deadline, seems to have lasted less than a day. It was reported on Tuesday morning that ministers were considering including such a ban in a new heat and buildings strategy to be published next month – but by the afternoon the government appeared to have backtracked, and said there wouldn’t be any fines.

That would be just as well if the government is to have any hope of hanging on to its new heartlands in former red wall seats – and indeed elsewhere. While much of Britain’s housing stock may be old and energy inefficient, an awful lot of it is owned and lived in by voters who don’t necessarily have the means to spend £10,000 on a new heat pump and another £10,000 on insulating their homes (which is the minimum cost of insulating each of Britain’s eight million homes with solid walls [note that Pile has higher numbers]). To hit them with such a bill – even with 14 years’ notice – is not going to go down well.

The bill to insulate homes and decarbonise home heating, of course, will come on top of the extra costs people face if they wish to continue to own a car after 2030 when the sale of new diesel and electric cars will be banned. It isn’t just the cars themselves which are more expensive, there is the practical cost of recharging an electric car when you do not have off-street parking next to your home . . .

The ban, it now seems (but watch this space) will be on the sale of new gas boilers from 2035, but the fact that Britain’s Conservative (no comment) government would even consider the far more draconian approach tells you what you need to know about Johnson’s climate fundamentalism.

Fortunately, political reality seems to have sunk in.

[I]t is steadily becoming apparent just how politically costly the net zero commitment could be. When environmental issues are expressed in general terms, people tend to fall on the side of taking action; when the consequences for them personally are explained to them, it tends to be a very different matter.

For some U.S. polling data on this question, go here.

In The Critic, Conservative MP Steve Baker adds a few more details on the expense that comes with the Tories’ climate plans:

Costs are already clocking up at an extraordinary rate, with consumers forced to pour about £11 billion into renewables through their energy bills. Large offshore windfarms can each receive three or four hundred million pounds in subsidy, every year. The largest, Hornsea 1, will take more than half a billion pounds a year. Larger ones are coming. It’s no wonder the drive for renewables has led to electricity prices nearly doubling, a rise that looks likely to continue for decades to come.

If ministers don’t obtain and maintain the consent of the public for Net Zero now with full and frank explanations of the costs and changes ahead — as they relentlessly have not during the panic of the pandemic — eventually there will be a terrible revolt. Fear will not be enough. Even the “nudging” government scientists currently engaging in it confess that, “using fear as a means of control is not ethical” and it “smacks of totalitarianism”. Is this really who we want to be?