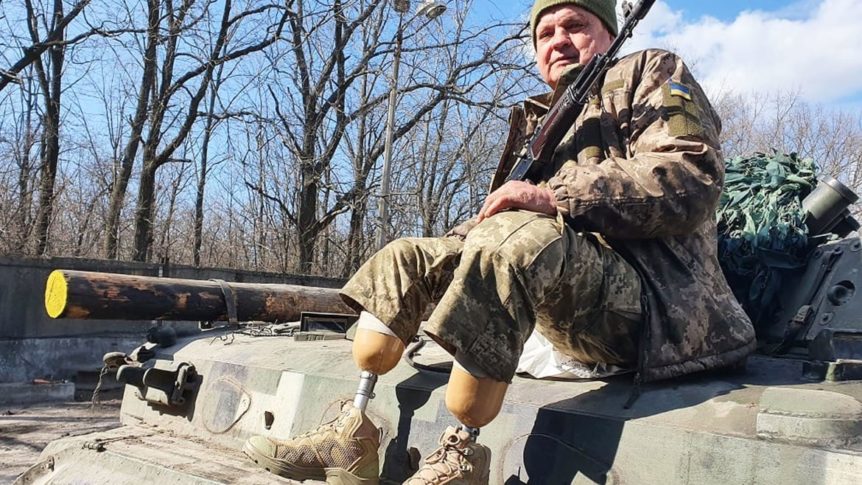 KUSHNYTSYA, Ukraine—Like thousands of Ukrainian men, Vasil Shtefko volunteered to fight after Russian President Vladimir Putin decided to invade his country in February. The fact that Shtefko is 55 years old and lost both of his legs nearly 20 years ago did not stop him.

“I was making pelmeni, traditional dumplings, when he called saying he had enlisted and is heading to the east,” his wife, Oksana, told The Daily Beast from the kitchen of their home in the village of Kushnytsya in central Transcarpathia, Ukraine’s westernmost region.“I didn’t believe he would do it. I cried a little,” she admitted. But then she regained her self-control. “And I went back to my pelmeni.”

From Kushnytsya alone since the start of the war, six freedom-fighters-to-be, including Shtefko, have joined the 128th Mountain Assault Brigade, an elite military unit of some 6,000 soldiers with headquarters in Mukachevo, Transcarpathia’s second biggest city.