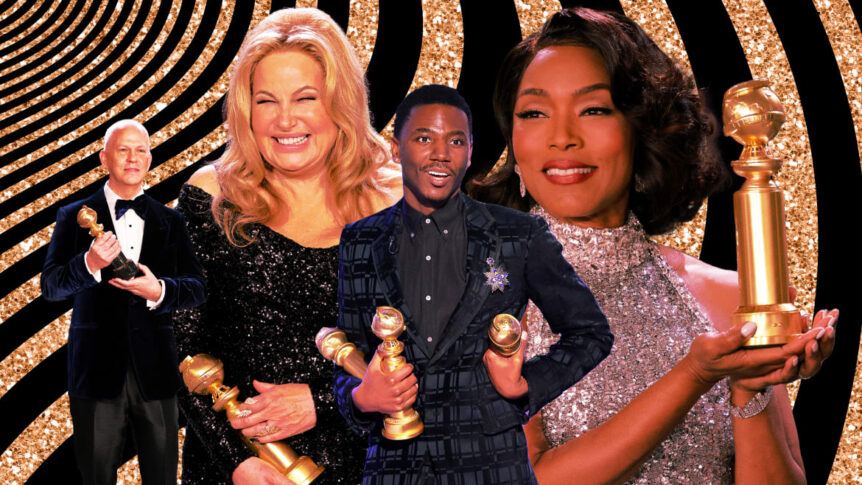 If you took a shot every time you thought, “What the hell is going on?” while watching Tuesday night’s Golden Globe Awards you’d be…well, maybe half as inebriated as the people in the room seemed to be. (Bless The White Lotus creator Mike White, who accepted his Best Limited Series trophy while saying, “I was gonna give this speech in Italian, but I’m too drunk.”)

For decades, chaos has been the Golden Globes’ brand. Their nominees and winners were quirky, or at least extremely famous people and populist choices that the Academy Awards and snootier organizations would scoff at. The ceremonies were boozed-up parties. Celebs gave silly, meandering speeches. Ricky Gervais would say something smug and obnoxious! Jack Nicholson would be sitting in the front row, grinning and wearing sunglasses! What a hoot!

That chaos bred scandal. The Hollywood Foreign Press Association, the organization behind the Globes, has a sordid history of bribery and favoring the projects and talent that gave them swanky access. A scathing investigation in 2021 by the Los Angeles Times revealed that the HFPA had no Black voting members, an uproar over which led to the cancelation of 2022’s ceremony, a Hollywood boycott of the organization, and a call for major reform, diversity, and proof of legitimacy.