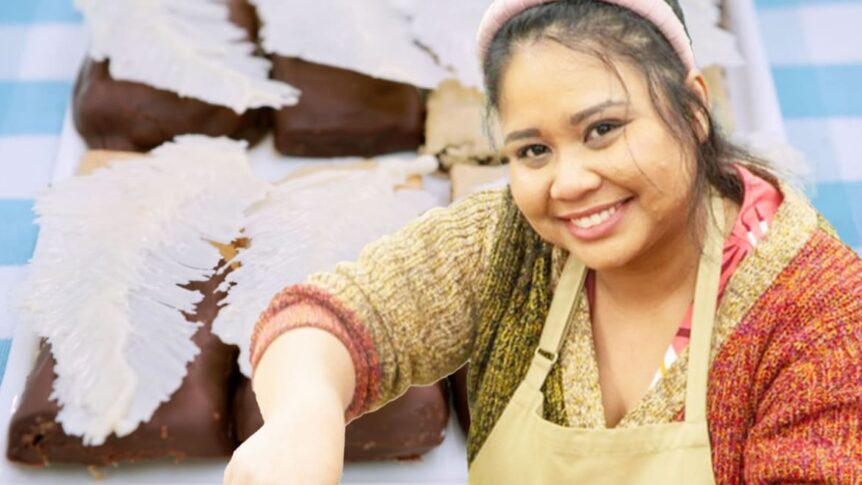 Who knew that something as light and fluffy as a feather would be so controversial on The Great British Baking Show?

On this week’s episode of the feel-good baking series—biscuit week!—the kitchen was set aflame by a tiny mistake made by Syabira. The gaffe was tiny, but with stakes as high as the ones on GBBS, it may have cost the contestant a shot at Star Baker. But really, it shouldn’t have been as big of a deal as it was made out to be.

The technical challenge was tricky this week: The contestants were tasked with creating a perfect flies’ graveyard biscuit. “What’s a flies’ graveyard biscuit?” you ask, grossed out. I am too. The actual dish is a bit more scrumptious than what it sounds like. With raisins and brown sugar, the Scottish pastry is a fruity delight.