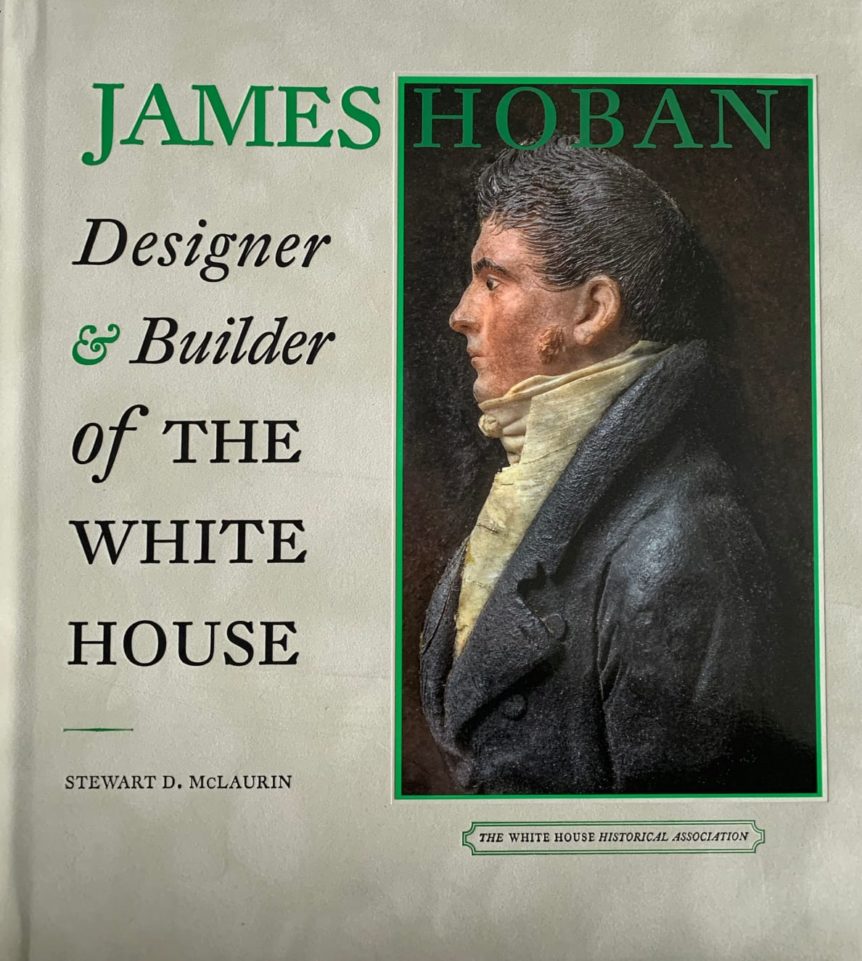 Rare is the person whose work is one of the most mentioned in the world and yet most would finding naming them difficult. But such is the situation with James Hoban, the architect who designed and oversaw the construction of the White House. Only a silhouette exists of his likeness and his papers burned after he died. But a new book (and the latest selection for our series on exciting new coffee table books, Just Booked) from the White House Historical Association, James Hoban: Designer & Builder of the White House seeks to shed some light on this elusive figure.

The book’s first half is a collection of essays from scholars examining the man who through one work alone would shape American visual identity. There are ones (among others) that cover his religion, ownership of slaves, his collaboration with George Washington, and his life growing up in Ireland.

The second half of the book is a collection of images mostly focusing on the influences he likely found while living and working in Ireland and then how they found a home in his designs for the White House.