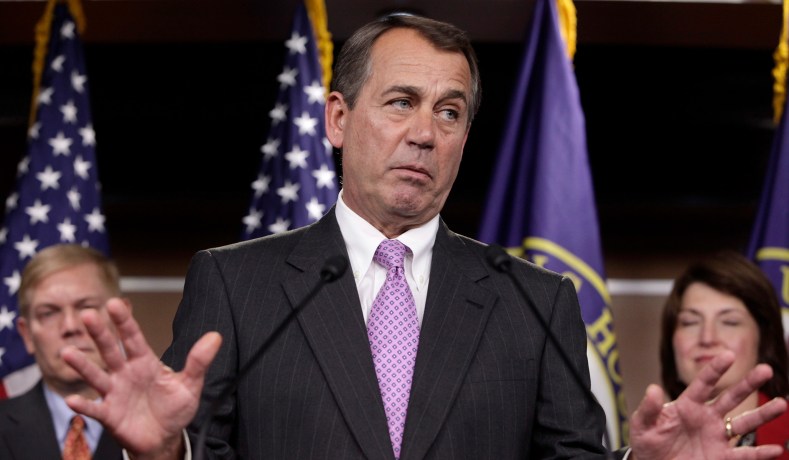 John Boehner’s autobiography, On the House, arrives next week and already the book’s anecdotes have garnered gushing coverage from the New York Times, Washington Post, MSNBC, People, and elsewhere.

I’m not loving the Boehner-directed and mostly media-agreed New Narrative of Saint John Boehner, The Embodiment of Reasonable Republicans. In part because…

1) I’m old enough to remember when Democrats and their allies in the media contended John Boehner was allegedly the source of all evil in American politics, because he wouldn’t let Barack Obama get everything he wanted.

2) Speaker of the House is a tough job, but I’m not sure John Boehner was as good at it as he wants everyone to believe he was.

3) As a friend noted, Boehner could have stopped Trump, or at least tried. But the former House Speaker acquiesced and endorsed Trump for president in May 2016.

4) What good does it do anyone for Boehner to tell us now how he thinks Ted Cruz or Donald Trump are crazy, insufferable, unreasonable, unhinged, or stupid now? What does this change? How many people don’t have strong opinions on Trump and Cruz already?

5) Ted Cruz is still in the Senate. Trump was president for four years. Boehner’s tale is ultimately the story of a guy who fought for the future of his party . . . and lost . . . and retired and became an investor and lobbyist for legalized-marijuana businesses.

John Boehner appears to be enjoying his post-speaker life, and that’s great for him. But I’m not sure his autobiography is any more honest or less self-serving than the standard Washington memoir.