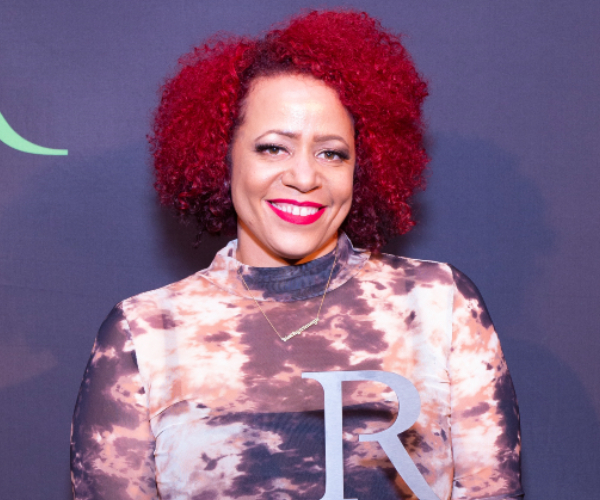 The University of North Carolina-Chapel Hill recently declined to award journalist Nikole Hannah-Jones, the brains—such as they are—behind The New York Times’ “1619 Project,” a tenured appointment as the Knight Chair in Race and Investigative Journalism. She will instead be offered a term appointment without tenure as a consolation prize.

Although minor, the clap of the blow was well-received by those opposed to Hannah-Jones’ anti-white, anti-American project that is somewhere between a grift and an intellectual welfare program.

Naturally, the Foundation for Individual Rights in Education (FIRE) subsequently swooped in to snatch defeat from the jaws of victory.

Though it strives to elude ideological identification, FIRE has long been associated with conservative causes, personalities, and funding in its defense of individual rights, specifically the right to free speech, on campuses.

FIRE announced it is investigating reports that Chapel Hill’s decision was due to Hannah-Jones’ work on the 1619 Project.

“If it is accurate that this refusal was the result of viewpoint discrimination against Hannah-Jones, particularly based on political opposition to her appointment,” FIRE said in a statement, “this decision has disturbing implications for academic freedom, which is vital in allowing faculty members to voice divergent views and in avoiding casting what the Supreme Court called a ‘pall of orthodoxy’ over the classroom.”

The organization concluded with a somber warning that when “decisions on academic tenure incorporate a form of political litmus test, this freedom is gravely compromised.”

Apart from the fact that stoking anti-white hatred is at the heart of Hannah-Jones’ project, she is an intellectual fraud afraid to own her claims.

Even Leslie M. Harris, a professor of history at Northwestern University and fellow traveler of Hannah-Jones, attempted to fact-check a cornerstone of the 1619 Project: “that the patriots fought the American Revolution in large part to preserve slavery in North America.” Harris thought the assertion so absurd that she worried it would—and did—become a cudgel against the 1619 Project’s credibility. “Despite my advice, the Times published the incorrect statement about the American Revolution anyway, in Hannah-Jones’ introductory essay.”

Further still, 21 scholars and public writers called on the Pulitzer Prize Board to retract the prize it awarded Hannah-Jones for her lead essay in “The 1619 Project.”

The signatories wrote, “the article itself was false when written, making a large claim that protecting the institution of slavery was a primary motive for the American Revolution, a claim for which there is simply no evidence.”

As controversy mounted against Hannah-Jones’ claim that 1619, not 1776, marked “our true founding,” an effort to quietly memory hole the thesis took place.

Hannah-Jones should not be allowed to teach, educate, write, or publish in a professional capacity anywhere. In other words, she and those in the 1619 camp ought to be canceled wherever and whenever it is possible to do so. FIRE running to the aid of Hannah-Jones, then, is not an act of neutrality but friendly fire—of conservatives siding with progressives against the very things conservatives claim to seek to preserve.

It is the business of progressives to make mistakes, as G.K. Chesterton said, while conservatives work hard to prevent those mistakes from being corrected.

“Even when the revolutionist might himself repent of his revolution, the traditionalist is already defending it as part of his tradition,” Chesterton wrote. The two great social types, then, are the “advanced person who rushes us into ruin, and the retrospective person who admires the ruins.”

Progressives hardly ever repent for making ruins of civilization. However, if they did, conservative intellectuals and pundits would likely come to their defense against reactionaries willing to wage the same kind of dirty war as their enemies.

The conservative preoccupation with cancel culture has blinded them to the fact that some people should actually be canceled, and what matters, in reality, is who is in charge of the canceling and that the only way to conserve anything is to cancel those toppling civilization.

That may seem reactionary, but reaction, as the late Mel Bradford wrote, “is a necessary term in the intellectual context we inhabit in the twentieth century because merely to conserve is sometimes to perpetuate what is outrageous.”

In the twenty-first century, too many conservatives naively committed to conserving all sorts of new outrages and, most importantly, the power of their enemies, are convinced that forceless facts, logic, and truth can prevail on merit.

By contrast, progressives have no qualms fighting dirty in the war of ideas—and that’s why they have effectively routed their opposition. Reflecting on the cancellation of Lou Dobbs’ show, CNN’s Brian Stelter reframed cancel culture as “consequence culture.”

“What are the consequences for riling up people with reckless lies?” Stelter asked.

That’s a good question, one that the conservative commentariat loves to ponder but never come down from the clouds to act upon. Of course, when Hannah-Jones was merely denied tenure—not canceled—MSNBC’s Ali Velshi complained that muting the voice of your opposition is not victory. Of course it is, they just don’t like being on the receiving end.

Power has consequences, and who has power will determine which ideas are the most consequential, regardless of their logical soundness. And the cost of empowering the anti-white ideas behind the 1619 Project is paid for in blood and tears.

In 2016, a black man named Isaiah Montrell Thomas snuck into the home of Albert Loehlein, a 95-year-old World War II veteran. Loehlein lived in that house for years, hunting, fishing, weaving rugs with a loom that belonged to his mother in the basement. Then, over a Thanksgiving weekend, Thomas beat Loehlein to death with his own mantel clock, which he later pawned.

During his trial, Thomas and his lawyer asked the court to consider the environment in which he was raised, which supposedly robbed him of all agency, inevitably forcing him to kill Loehlein in cold blood. “I’m a product of my environment,” he said. “I didn’t steal because it was fun,” he said. “I stole because I couldn’t afford those things.” Thomas’ sister, who attended the trial, disagreed. “We had everything we needed,” she said.

The same rationale employed by Thomas and his defense—that every social evil is attributable to whites—provided the theoretical justification of the George Floyd riots last year that caused billions in damage, wounded, maimed, and killed civilians and police, and fundamentally changed the country for the worse.

If conservatives and the right-liberals with whom they overlap are not willing to cancel the architects, peddlers, and profiteers of our national demise, then they cannot complain about the walls tumbling down. Nor should not be surprised that everyday Americans care increasingly little for their calls for Queensberry Rules.