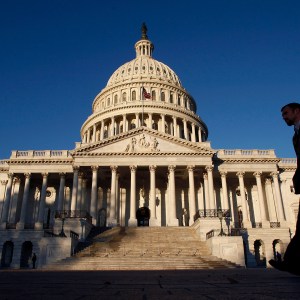 The House couldn’t be bothered to take more than an afternoon with it and didn’t even write a careful article of impeachment. And now, with Senate Democrats wanting to confirm Biden’s cabinet and take up other business, and with Senate Republicans wanting to give the Trump team time to muster a defense, the trial will start a couple of weeks after Trump has left for Mar-a-Lago. Because of the complications of a post-presidency trial, Kamala Harris or Patrick Leahy might preside, not Chief Justice John Roberts. And Senate Republicans who, as far I can tell, were skeptical of this undertaking from the beginning, are saying publicly that there’s no chance of convicting.

On the other hand, it seems likely that impeachment is going to create a political backlash among Republicans that empowers the Trump forces. The backlash is already brewing and will presumably gain force as the debate begins to focus on disqualifying Trump from future office — which is going to strike ordinary Republicans as vindictive and undemocratic, no matter how deserved.

There were no good options in terms of timing here, given that Trump’s most flagrant post-election offense came two weeks away from his scheduled exit from office. But it would have been prudent to recognize that fact and adjust accordingly by pocketing the House’s impeachment article after passage and moving to a censure vote that might have passed the Senate 80–20, in an expeditious manner.