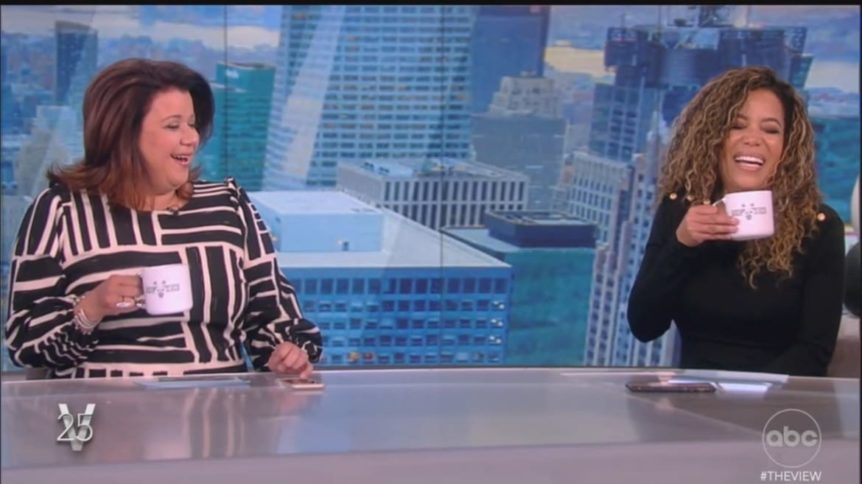 While it has been more than a week since the internet lost its collective mind over Fox News star Tucker Carlson’s “insane” testicle-tanning segment, the hosts of The View hadn’t yet touched the subject as the show was on break last week.

They finally got around to it on Wednesday, though, when hosts Sunny Hostin and Ana Navarro quipped that Carlson was displaying some “envy” of Black and Latino men with his recent focus on male genitalia.

During Wednesday’s broadcast of the ABC daytime talk show, the panel started off discussing the latest leaked recordings of House Minority Leader Kevin McCarthy griping that MAGA lawmakers were “putting people in jeopardy” with their post-Jan. 6 attack rhetoric. “Can’t they take their Twitter accounts away, too?” McCarthy was heard asking days after the riots.