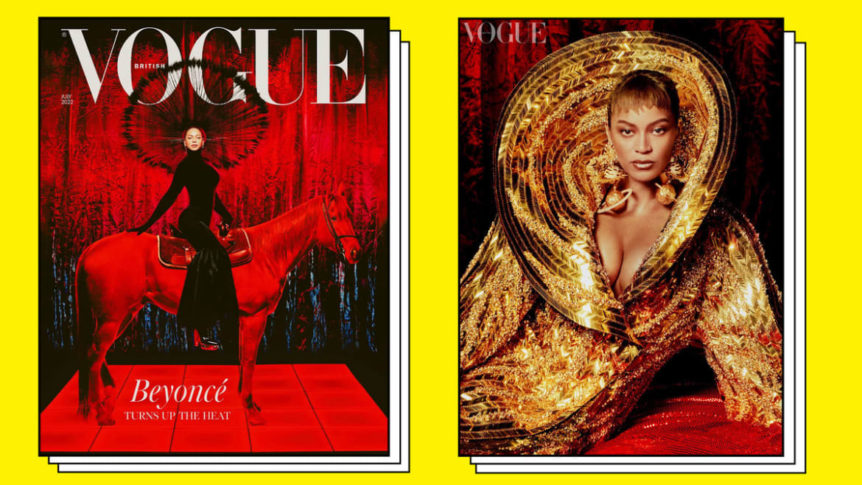 In the wee hours of Thursday morning, a new era dawned: the nü Renaissance, a.k.a. the summer of Beyoncé’s seventh album. It’s been six years since Queen B gifted us with her last solo album, Lemonade, for which we are forever grateful. Just as we did with that album, we’re more than ready to make Renaissance, album seven, into our entire personalities when it finally arrives on July 29.

Because as good as Beyoncé’s post-Lemonade have been—namely 2019’s Lion King concept record; 2020’s visual album Black Is King; and last year’s Oscar-nominated single “Be Alive”—nothing she’s done post-Lemonade has hit the highs of a full-on Beyoncé jaunt. (If you’re a fan of the Carters’ Everything Is Love, we’re happy for you. We are not among you, but we’re happy for you.) She’s the type of creator whose vision comes together in one intentional set of songs. Lemonade is as much a set of songs as it is an aesthetic, made only more so by its iconic accompanying film.

Just as important as new music and videos, though, is a new press tour. Beyoncé photo shoots are one of the world’s only good gifts to woman, and a new Beyoncé photo shoot is exactly what we have been blessed with. Today, British Vogue premiered its July 2022 cover, starring Beyoncé in a set of styles that we will try and fail to recreate ourselves for the next calendar year. Even though we’ll never look this good, we will fawn over how good Beyoncé looks in the magazine’s Renaissance reveal-inspired shoot.