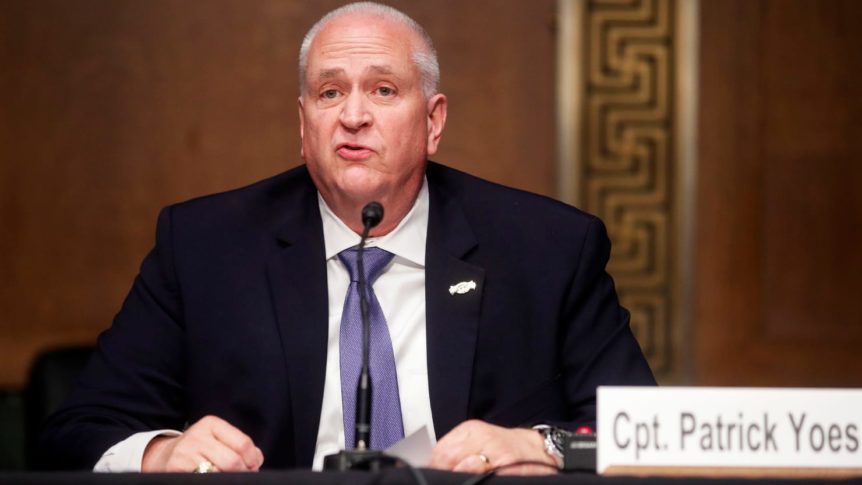 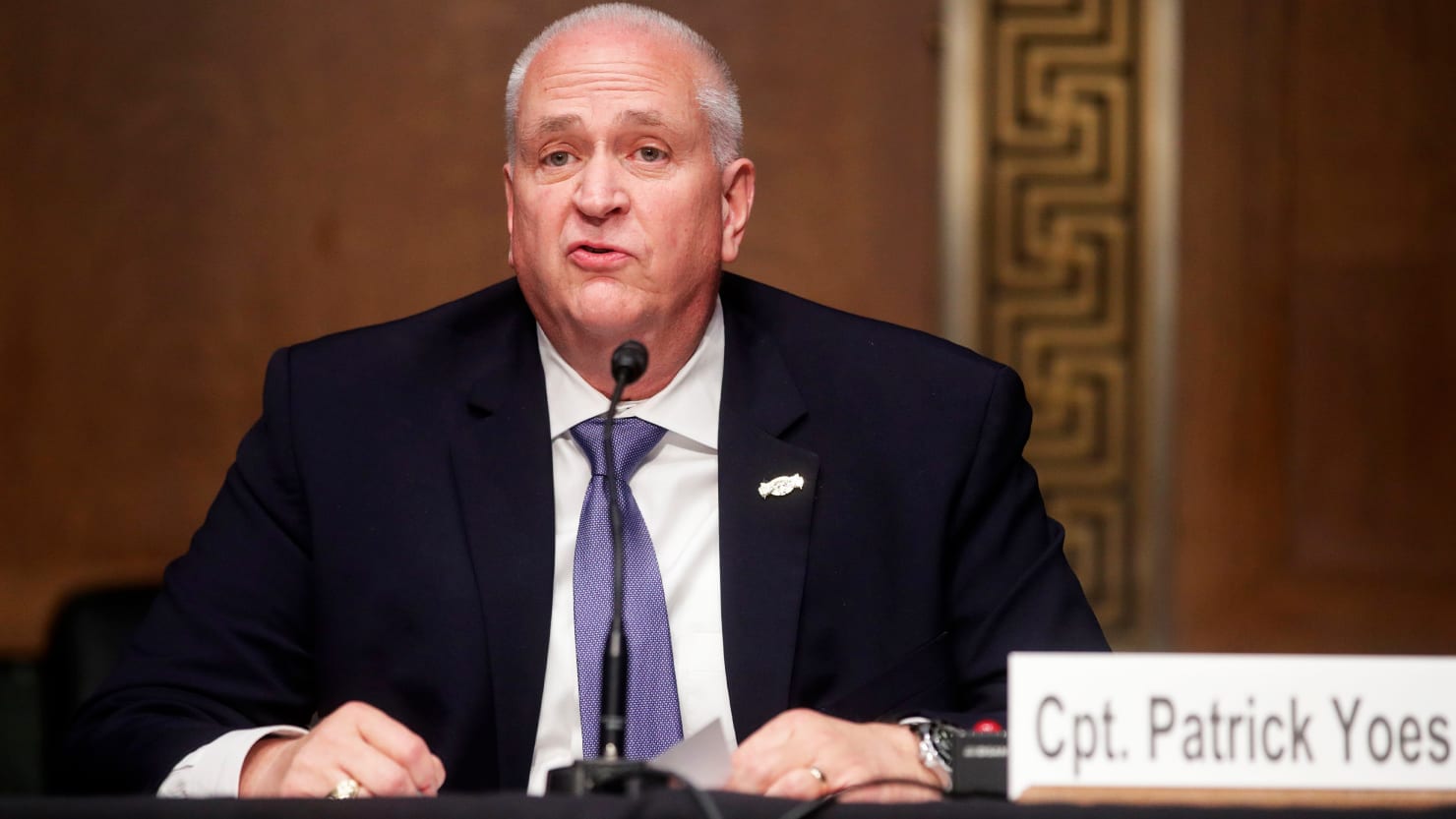 Since historic protests against police violence in America broke out in force last May, police unions across the country have come under renewed and sometimes scathing scrutiny. After all, they have long been reliable defenders of cops who shoot and kill unarmed people, and their leaders have a penchant for slamming police critics, whether lawmakers and celebrities who advocate for controversial policies like “defunding the police,” or rank and file protesters.

Given this track record, Michael Fanone, one of the many cops who fended off rioters at the U.S. Capitol on Jan. 6, said he expected the largest police union in the country, the Fraternal Order of Police, to come out strongly in defense of him and fellow officers. The cops who stared down violent pro-Trump mobs that day have not only had to deal with their own physical and emotional injuries, but also endure criticism from Republican lawmakers, hostile civilians, and even efforts by the former president to downplay the seriousness of the January riot.

But in an interview on CNN Wednesday, Fanone—fresh off from testifying to Congress on Tuesday about his experience at the Capitol—said he received no outreach from the union immediately after Jan. 6. Even though the D.C. Metro cop has been a dues-paying member of the FOP since he first became a police officer, he said, it wasn’t until six months after the riot that he spoke with FOP President Patrick Yoes to voice his concerns about a lack of support from the union.

“I’ll be honest with you,” he told CNN, “I wasn’t particularly impressed with that conversation. I was extremely disappointed.”

Among the things Fanone was visibly pissed about was what he described as the FOP’s failure to marshall their institutional support on behalf of the officers who defended the Capitol. This is a group that represents over 300,000 officers across the country, and has more than 100,000 followers on social media.

A review of statements and social-media posts by The Daily Beast bolster Fanone’s case. While the union has decried the Capitol attack from the jump, the posts, and conversations with experts, paint a picture of a typically loud-mouthed lobby that has been relatively muted thanks to undying devotion to Donald Trump.

In their initial statement about the attack on the Capitol on January 6, the FOP called on Donald Trump to “forcefully urge” the “demonstrators” to “stop their unlawful activity, to stand down, and to disperse.”

The group followed up with a statement two days later, on January 8, in response to a Chicago FOP leader who downplayed the riot in an interview, indicating the regional leader’s thoughts did not reflect the larger group. The FOP called rioters “criminals” and rejected the “gross mischaracterization” of the event and “sees the incident for what it was—a violent mob of looters and vandals, visiting fear and destruction on one of our nation’s most sacred spaces, who should be held accountable for their actions and prosecuted to the fullest extent of the law.”

The language was forceful.

But according to Fanone, it died down almost immediately after the riot, and as officers came under attack from lawmakers. And a review of social-media posts by the group suggest it did not deploy anywhere close to its full arsenal of rhetorical grenades.

A January 2020 post from the FOP features commentary about a video of an officer in Baltimore attempting to subdue a subject on the ground while a group of onlookers kick at the officer and demand he get off the man’s neck. The FOP wrote that the officer was “conducting his lawful duty” while the “degenerate dirtbags” surrounded, kicked, and assaulted him before a laughing crowd. “Not a single person watching attempts to help the officer being assaulted and to add insult to injury, they film the entire encounter,” the union wrote.

An August 2020 FOP post at the height of George Floyd protests called out the “vile and disgusting mob” and linked to an officer allegedly being hit by a brick. “Criminals have seized the opportunity to terrorize our communities. It is well past time for this lawlessness to end!”

An October 2020 post highlighted a California man seen on video appearing to steal a gun from an officer and allegedly firing a shot in their direction. In response, the FOP called out the “#DefundThePolice mob & their disgusting anti-police rhetoric” to explain why officers were being ambushed and attacked.

It’s safe to say the attack on cops at the Capitol was far more violent and destructive. In addition to one officer, Brian Sicknick, dying of natural causes after being attacked by protesters using chemical spray, dozens more were attacked in brutal fashion by far-right terrorists wielding flagpoles, skateboards, and the officers’ own weapons. Two officers died by suicide in the weeks after the attack.

Fanone, for his part, was attacked with his own Taser, later having a heart attack and brain problems in connection with the assault.

Kalfani Ture, an assistant professor of criminal justice at Quinnipiac University, who in addition to being a professor is a former law-enforcement officer in Georgia, said that if the FOP had applied the same standards to the Capitol attack, it would have been a departure from the organization’s affiliation with the Republican Party.

“As with all Faustian bargains, they often produce great contradictions,” he told The Daily Beast of the FOP and its ties to the modern, far-right incarnation of the GOP.

The saga of Ashli Babbit, the unarmed white woman who was shot and killed while trespassing at the U.S. Capitol that day and has become a martyr on the far right, is illustrative.

Trump, the face of the party, has called for the name of the officer who shot and killed Babbit to be released in recent rallies—despite the officer already being cleared by the Justice Department. He also suggested that Babbit was shot by a “head of security” for a “high-ranking” Democratic member of Congress—statements that senior law enforcement officials told NBC News were false. And as The Daily Beast reported, the president regrets not lowering the White House flag to half-staff in her honor.

But the FOP has been virtually silent on Babbit and the (unidentified) cop who killed her, a review of the group’s posts and statements shows. The contrast with how the FOP aggressively responded to high-profile police shootings over the past year—including cases where cops were charged with crimes—and their posture on the Babbit incident is palpable.

On June 18, 2020, Yoes issued a statement condemning the Fulton County District Attorney’s “hasty” decision to charge Atlanta police officer Garrett Rolfe with felony murder for the shooting of Rayshard Brooks, a Black man who was unarmed. “A District Attorney has the responsibility to fully review the facts of a possible crime judiciously before bringing a criminal charge,” said Yoes. “In this case, the charge against Mr. Rolfe was announced by the District Attorney in a televised news conference before the independent Georgia Bureau of Investigation (GBI) had completed its official investigation and without consultations with GBI.”

In other instances, the FOP has made it a point to root out “disinformation” related to police shootings and urged for due process before rushing to judgement of officers.

On April 22, the FOP issued a statement supporting the Columbus Police Department after the shooting of armed teen girl Ma’Khia Bryant, calling it “yet another demonstration of the impossible situations our officers often find themselves in.” They asked for “patience” as an investigation played out and commended the Columbus Police Department for releasing body-camera footage of the shooting immediately “before the narrative can be distorted or disinformation takes hold in a community” and called the shooting “an act of heroism, but one with tragic results.”

The same calls to beat back similar disinformation, some of which flowed from Trump himself, are nowhere to be found in connection with the Capitol riot.

Calling out Trump—or even going harder after the rank-and-file rioters who said they marched on his behalf—would be difficult for an organization that has closely aligned itself to him, Ture said. He pointed to an image on the National FOP website which prominently features a roundtable meeting between Trump and officials at the White House. The union also endorsed his re-election bid last year, prior to the insurrection.

“When lawmakers say they ‘back the blue,’ they mean ‘except when it’s inconvenient.’”

Beyond Trump, Ture said the FOP has also been hesitant to call out lower-ranking GOP members, like the 21 House Republicans who voted against a bill in June to honor all officers who defended the Capitol on January 6.

“It would have called into question their feckless support for this law and order idea, and this tough on crime idea that has been championed by the Republican Party,” Ture said.

Fanone, it is worth noting, told CNN he also asked Yoes to publicly go after some of the same Republican lawmakers he said have made statements to “mischaracterize or lie” about the riot.

The demand was not an unreasonable one: Publicly calling out politicians isn’t foreign for the National FOP, which have regularly done so on their Facebook page that reaches over 134,000 followers.

In a July 11 post about rising crime in Black and brown communities, they endorsed voting out legislators who say Black and brown lives matter because “what they really mean is that they only matter when they’re politically expedient,” the post said. “If your community is being ravaged by violent crime and your elected officials aren’t standing on a platform of Law and Order, VOTE THEIR ASSES OUT!”

In an August 2020 post, the group condemned Wisconsin Gov. Tony Evers for a statement he’d made about the shooting of Jacob Blake, a Black man in Kenosha, in which Evers admitted to not having all the details of the shooting but pledged to stand with those “who have and continue to demand justice, equity, and accountability for Black lives in our country.”

In response, the FOP wrote that Evers’ post was a “horrific display of leadership.” They then paraphrased their interpretation of his post: “Admittedly, I have none of the facts, but we all know police officers are terrible people who mercilessly kill people.”

“If you don’t have the spine to be an objective leader, step aside,” they wrote of Evers.

In the face of criticism from Fanone and others on Tuesday, the National FOP issued a statement to clear up “confusion in the media and among paid law enforcement ‘experts’ as to where the FOP stands” on the riots.

They reiterated their words from an earlier statement issued on January 6, and said that those who took part in the “assaults, looting, and trespassing must be arrested and held to account.” They also offered their “support, gratitude, and love” to officers who fought off the rioters.

But Seth W. Stoughton, associate professor of criminology and criminal Justice at the University of South Carolina and a former Tallahassee Police Department Officer, said the relatively paltry response from the union was telling.

As he put it, it “exposes the degree to which political tribalism overpowers purported political ideology.”

“Actions speak louder than words,” Stoughton said, “and it should now be abundantly clear to anyone who is paying attention—especially those in policing—that when lawmakers say they ‘back the blue,’ they mean ‘except when it’s inconvenient.’”