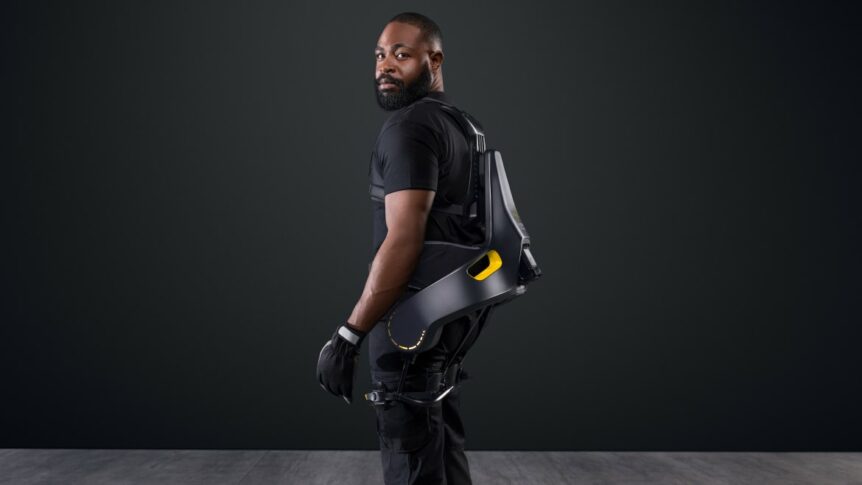 It’s no science fiction plot that robots are coming for humans’ jobs, but a German company is taking a page from the automaton playbook to help flesh-and-blood workers stay in the game.

German Bionic Systems, based in Augsburg, is one of many companies around the globe that have developed engineered “exoskeletons”—external frameworks modeled after the shells of creatures like crabs and insects—to increase physical strength and prowess and let humans accomplish tasks the normal body cannot. The company is showcasing its “Apogee power suit,” which utilizes artificial intelligence technology, this week at the CES trade show in Las Vegas to build awareness of the product.

The Apogee looks something like a hard-shell backpack with a wrap-around waist component and weighs about 16.5 pounds—comparable to a hiker’s daypack loaded with extra clothing, water and a bit of food. It makes up for the added weight by providing up to 66 pounds of support for the lower back when a worker lifts heavy objects, and minimizes fatigue by providing assistance for walking. It also collects data that, among other things, identifies behaviors that increase the risk of injury, such as excessive repetition and improper lifting or twisting movements.