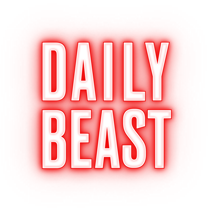 Scouting Report: This fluffy dog bed is owned by multiple Daily Beast staffers. It’s machine washable, comes in different sizes and colors, and helps to give your pet a sense of security and comfort.

At an old job, it was a running joke that my entire team all had the same things. We bought the same phone batteries and robot vacuums and the like, because we all had strong opinions and wanted the best. Recently, I discovered that this happened here at the Daily Beast, but without any consultation. You see, we have an entire Slack channel for dog owners, and we all realized that we had the same dog bed that our canine companions loved.

The Best Friends by Sheri dog bed isn’t just aesthetically pleasing (though that’s one of the selling points that convinced me to Add to Cart), it also has over 48,000 reviews on Amazon and a 4.7-star rating. The bed is made like a classic donut-shaped bed, with a raised edge for your pup to prop their heads, but there’s also a hidden crevice underneath that edge. This allows your dog to bury under it with whatever part of their body they’d like, giving them a feeling of security. My Boston Terrier loves to stick his entire face into the fold and come up gasping for air like he just woke up from a nightmare. It’s truly a sight to behold. But as I discovered, other Daily Beast staffers have the bed as well.