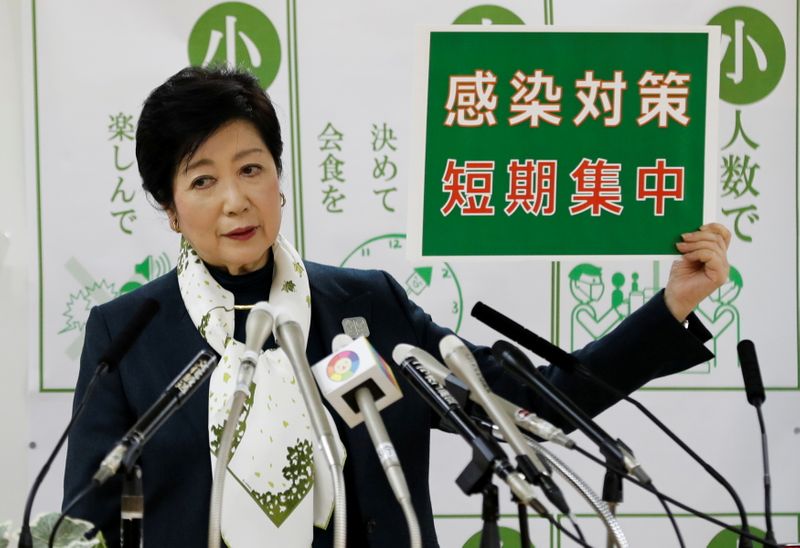 TOKYO (Reuters) – Tokyo Governor Yuriko Koike will extend her convalescence for fatigue for a few more days on orders from her doctor, the city’s government said on Sunday, just weeks before the Olympics are due to start.

Deputy Governor Mitsuchika Tarao will continue to undertake official duties on her behalf for “a few more days on the doctor’s decision”, the Tokyo Metropolitan Government said in a statement.

It did not give further details and officials did not immediately answer at a government office outside of normal working hours.

Public broadcaster NHK said that Koike would be extending her convalescence on doctor’s orders after checking into a hospital on Tuesday for fatigue.

The metropolitan government had previously confirmed she was taking a break from official duties because of fatigue.

Japan is ramping up preparations for the Tokyo 2020 Olympics, which are due to start in weeks.