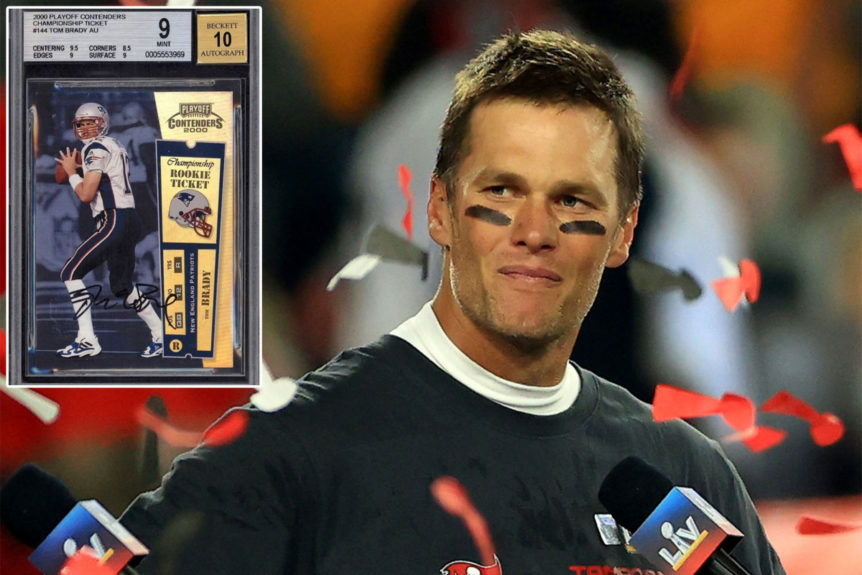 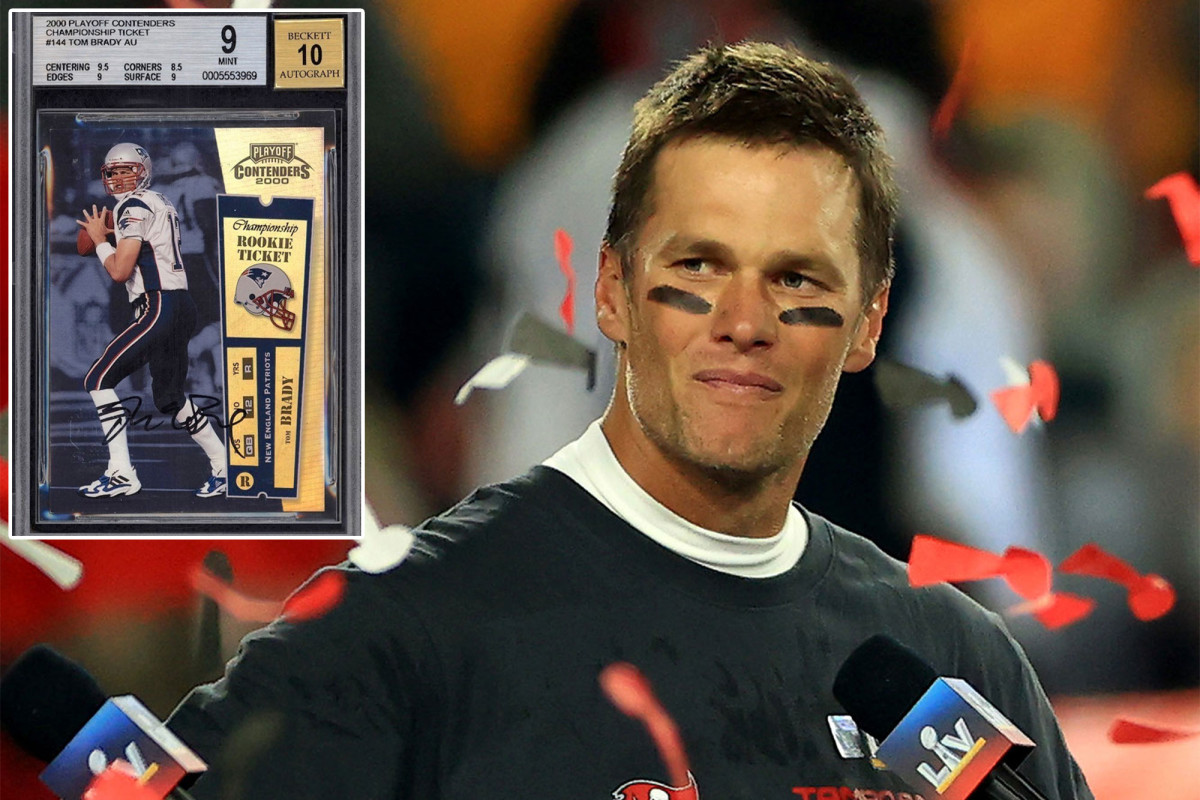 A rare Tom Brady trading card is going up for auction — and insiders believe it could break the $2.5 million record set by another of the QB’s cards.

And now the auctioneer has another copy of the card going under the hammer — but this one is in even better condition, it says.

Lelands says that the card was produced in 2000 with a print run of just 100 and that only seven exist in the same condition. It’s graded at a near-perfect “mint 9” level, according to the auctioneer.

After Brady’s historic seventh Super Bowl win with the Tampa Bay Buccaneers, the value to the card is expected to skyrocket.

According to the site, “Soon after Brady won the Super Bowl in February of 2021, a few owners of the other [cards in similar condition] were asked if they would accept $5 million for theirs, and each one declined.”

Brady, of course, cemented his claim as the greatest quarterback of all time after leading his new team to a championship victory. The superstar had already won six Super Bowl titles with the New England Patriots, playing for the team from 2000 to 2019.

And Brady won’t be exiting the spotlight any time soon: Fox announced in May that it was in talks with the QB for a new unscripted series.