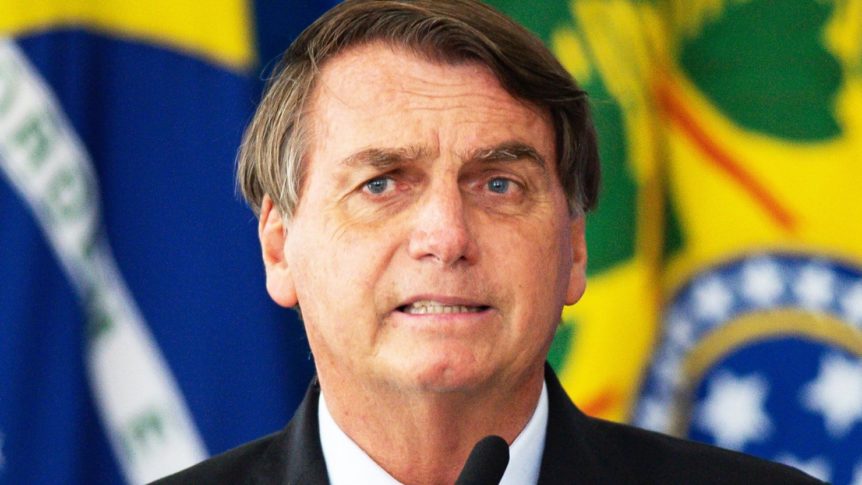 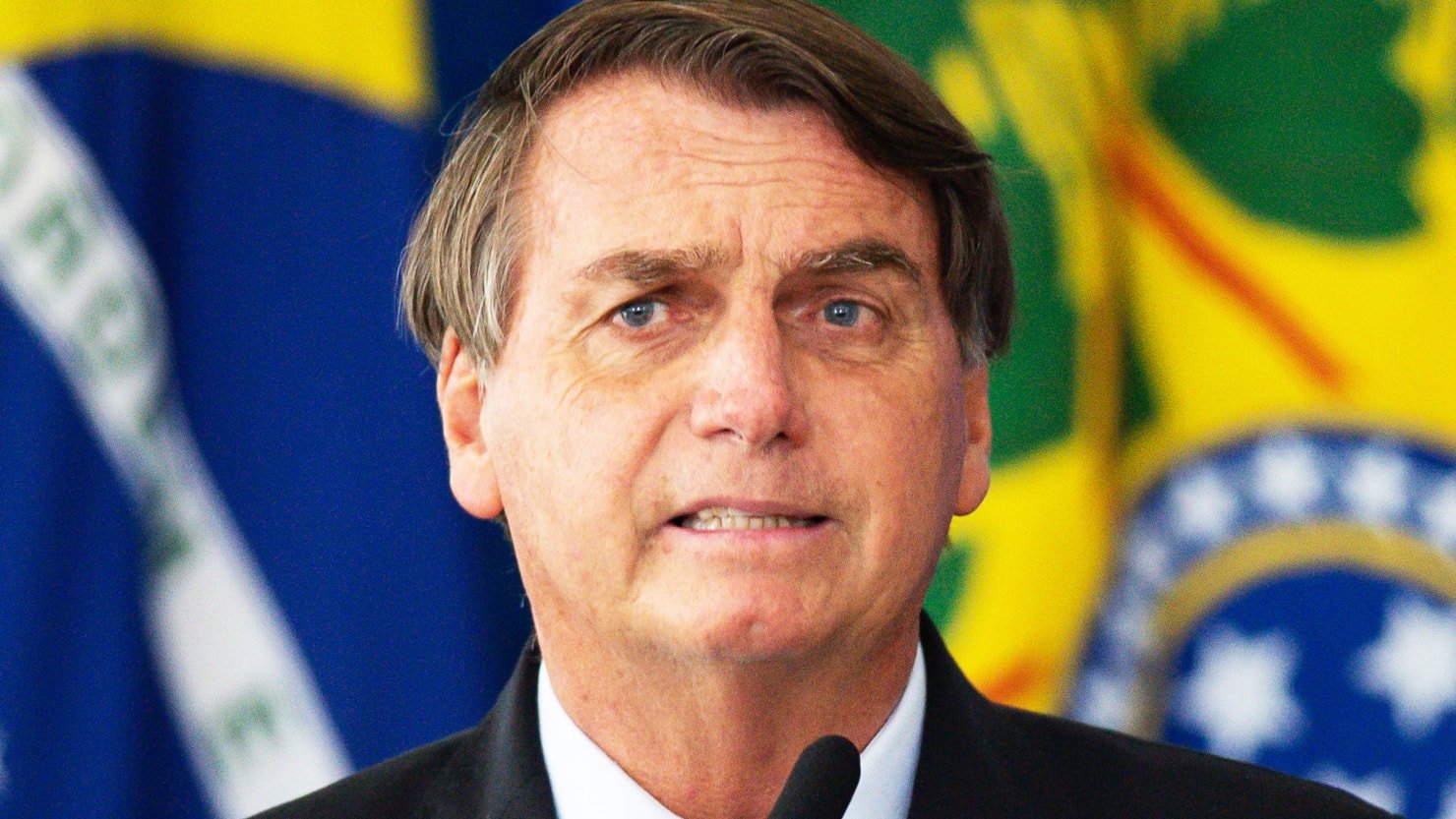 When funding for Dr. Pedro Hallal’s COVID-19 study was abruptly slashed, deaths from the virus had just surged to grim new peaks in Brazil.

The reason? Hallal says the government simply didn’t like what his study was unveiling: that indigenous people are five times as likely to get infected with COVID-19 than other ethnic groups in Brazil. His findings came amid a surge in invasions of indigenous lands by soy farmers, cattle ranchers, and illegal miners egged on by friendly signals from Brazil’s denialist President Jair Bolsonaro.

“I’m absolutely certain it was meant to shut me up,” said Hallal, an epidemiologist and professor at the Federal University of Pelotas, told The Daily Beast. “The study was showing results that they didn’t want it to show.”

Hallal, whose COVID research funding was cut last year, is not alone. Dozens of researchers studying the virus say they have been targeted by fans and allies of Bolsonaro, who has long styled himself as a Trump-like populist opposed to science, mainstream media, and the “corrupt” liberal elite.

Researchers in Brazil claim they have suffered through relentless social media attacks, death threats, funding cuts, and arbitrary investigations over the past year as they seek to better understand the virus ravaging the country. They say these attacks are a thinly-veiled attempt at muzzling them and suppressing their work.

Bolsonaro has downplayed the virus as a “fantasy” and “little flu,” railed against lockdowns and—until recently—rejected vaccines. “Brazilians need to be studied. They don’t catch anything. You see the guy jumping in the sewer, diving in. And nothing happens to him,” the president said of the virus last year.

Even though COVID has killed 398,000 people in Brazil, the president and his allies have repeatedly questioned its toll and accused governors and mayors of inflating the number of deaths in order to weaken the president politically.

“There is this conservative base that casts itself as the opposition to science,” said Pablo Ornelas Rosa, a professor at the University of Vila Velha in Espírito Santo. “If you are pro-science and pro-facts, you are labelled as a leftist, as a communist, as an enemy to the president.”

“The health minister freaked out,” recalled Hallal, who was coordinating the study—Brazil’s largest epidemiological analysis of the virus and its spread across the country. The scientist maintains that at a press conference organized to unveil its latest findings, the ministry barred the release of data about the heightened risks to indigenous people. Hallal says he was never told why officials took issue with the findings.

A few weeks later, the study—commissioned by a prior health minister who was fired last April after clashing with Bolsonaro—lost its federal funding. Soon, Hallal was being investigated by the federal auditing body after criticizing Bolsonaro in a livestream and his allies were being sidelined in university elections.

On social media, the vicious attacks on the scientist poured in, including from Bolsonaro himself. Hallal told The Daily Beast that supporters of the president made threatening phone calls to him and even photographed him on the street with his family.

“It was direct persecution, triggered by my stance on the pandemic,” he said. “Instead of correcting its errors, the government attacked those who were uncovering its mistakes.”

Attacks have been particularly harsh against those questioning Bolsonaro’s stance on chloroquine, an antimalarial that he—along with Donald Trump—embraced as a “miracle cure” despite no evidence it could combat COVID-19. Bolsonaro quickly got behind the drug and ordered the army to sharply scale up national production. When the president got COVID himself, he took the drug over livestream and boasted that he was improving rapidly.

Dr. Marcus Lacerda’s trouble began when he decided to investigate whether the drug really was a “miracle cure” for the novel coronavirus. In the Amazon city of Manaus, the research group he led had used chloroquine for years as part of its malaria research. As infections overwhelmed hospitals in his city last March, Lacerda decided to put his team’s know-how to work by testing the drug’s ability to fight COVID-19.

“It was this intense climate of fear.”

But the team’s clinical study quickly found that chloroquine was not only ineffective against COVID-19, but high doses of the drug could cause severe heart problems in patients infected with the virus. The results caught global attention, spurring scathing critiques of Trump’s support of chloroquine.

But, at home in Brazil, Lacerda’s team saw a different response. He says it started with a tweet by the president’s son, who accused the researchers of being a group of “leftists” who were intentionally killing people with high doses of chloroquine just to demonstrate the drug didn’t work. This triggered a wave of attacks on social media by the president’s supporters.

“People were saying that they knew where I lived, that I had killed people on purpose, that I would pay for this,” said Lacerda, an infectious disease specialist and a researcher at the Carlos Borborema Institute of Clinical Research in Manaus.

Lacerda says he received a slew of attacks and death threats over social media. Concerned for the safety of himself and his family, he was forced to walk around with armed bodyguards for two weeks.

“It was one of the worst experiences of my life,” he said. “It was this intense climate of fear.”

Triggered by complaints from allies of Bolsonaro, state and federal medical bodies as well as public prosecutors opened investigations into Lacerda’s study. He says he spent the better part of last year defending his research in front of lawyers, instead of carrying out studies in a lab.

The attacks on Brazilian researchers echo the United States’ own war on science, which intensified during Trump’s tenure as president. Scientists in the U.S. faced over 150 attacks during Trump’s presidency, according to the Union of Concerned Scientists.

“Governments on the radical right—like those we saw in the U.S. and here in Brazil—are not prepared for science to show something that contradicts what they are doing,” Lacerda said. “When a study shows something that you don’t agree with, you just take down the scientists.”

The assault on science has had a profound impact in Brazil. Scientists say that the attacks they have suffered have derailed research or discouraged some to tackle studies linked to the virus. Others have left the country, pushed out by threats or disillusionment.

“The sciences are being persecuted right now,” said Rosa, who has studied the behavior of Bolsonaro supporters on WhatsApp and Telegram. “We’re living in a really dark moment. And this has a direct impact on the research and the quality of scientific output.”

Meanwhile, Brazil is still grappling with one of the world’s worst outbreaks, with a death toll second only to the United States. In recent weeks, infections have exploded, fuelled by highly-infectious new variants and weak lockdown restrictions. With doses running out, vaccinations have brought little relief.