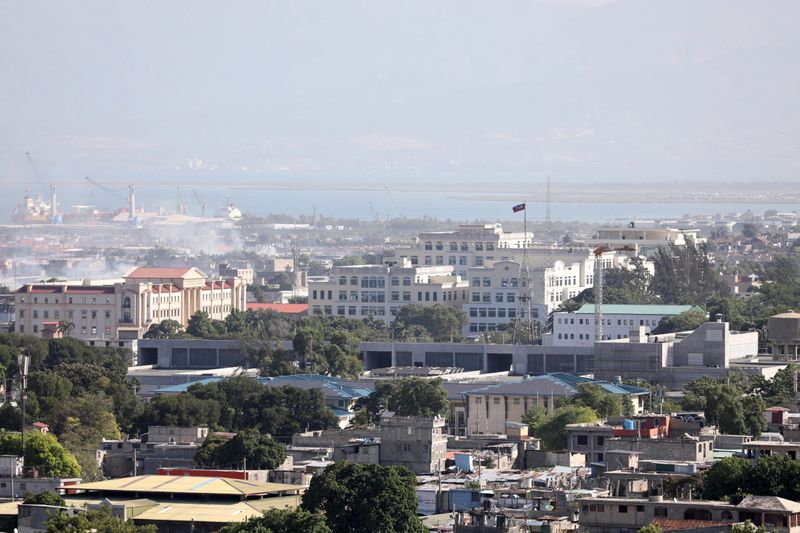 FILE PHOTO: A view of the port and the area around Champs de Mar, near the presidential palace, after Haiti’s President Jovenel Moise was shot dead by unidentified attackers in his private residence, in Port-au-Prince, Haiti July 7, 2021. REUTERS/Valerie Baeriswyl

PORT-AU-PRINCE (Reuters) – A top security official of slain Haitian President Jovenel Moise was arrested by police on suspicion of involvement in the assassination plot, his lawyer Reynold Georges told Reuters on Tuesday.

Presidential Security Coordinator Jean Laguel Civil was arrested on Monday, Georges said, nearly three weeks after Moise was killed on July 7 in the middle of the night at his private residence in Port-au-Prince by a group of more than 20 mostly Colombian mercenaries.

Many questions remain unanswered over who was behind the assassination and how the killers were able to gain access to the president’s home.

“The real culprits are those who gave the authorization to these Colombians to enter Haiti; police should arrest them,” he said.