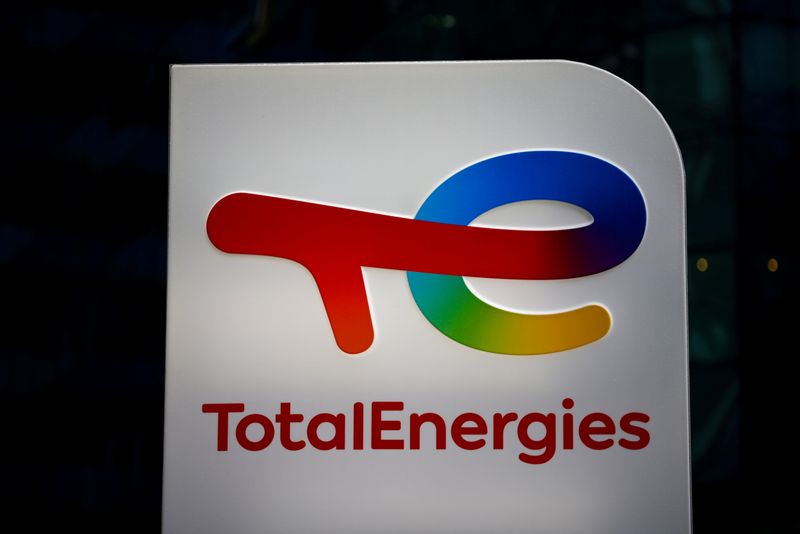 FILE PHOTO: The logo of French oil and gas company TotalEnergies is pictured at an electric car charging station and petrol station at the financial and business district of La Defense in Courbevoie near Paris, France, June 22, 2021. REUTERS/Gonzalo Fuentes/File Photo

Known as ‘Blue Charge’, the network consists of more than 1,500 charge points installed in the city-state and represents about 85% of the charge points operating in Singapore.

Singapore is aiming to phase out all internal combustion engine vehicles by 2040, encouraging drivers to switch to electric vehicles through a range of measures. It aims to put in place 60,000 charging points by 2030.

The energy giant is also developing EV charging infrastructure in other cities such as Paris, Amsterdam, London and Brussels.