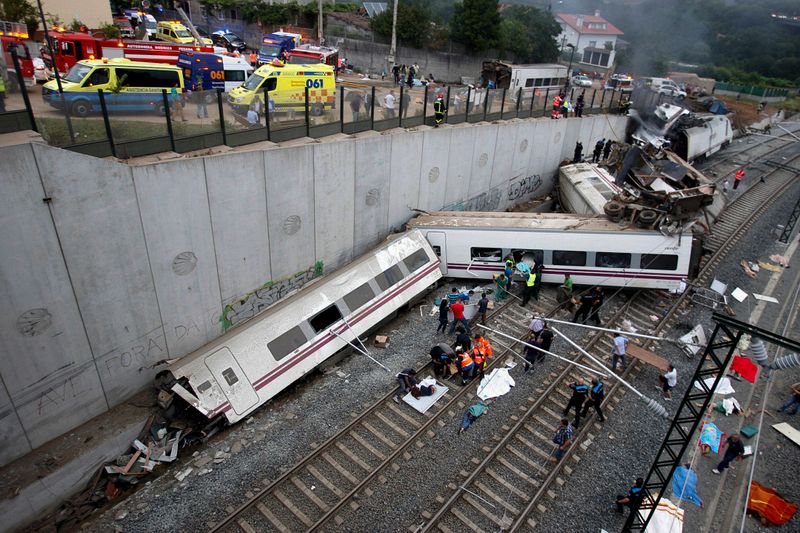 MADRID (Reuters) – A train driver and a former senior official will face trial in Spain for the country’s worst train accident in decades, which killed dozens of people in 2013, a court in the northwestern region of Galicia said on Tuesday.

The train derailed and slammed into a concrete wall on the outskirts of Santiago de Compostela in July 2013 after approaching a curve at more than double the speed limit on that piece of the track, killing 80 people.

The prosecutor is requesting four-year prison sentences for the train driver and the head of traffic safety at the time the route started operating.

A start date for the trial has yet to be set.

The investigation has taken almost eight years as it was prolonged to potentially determine responsibilities of other senior officials which were finally dismissed.