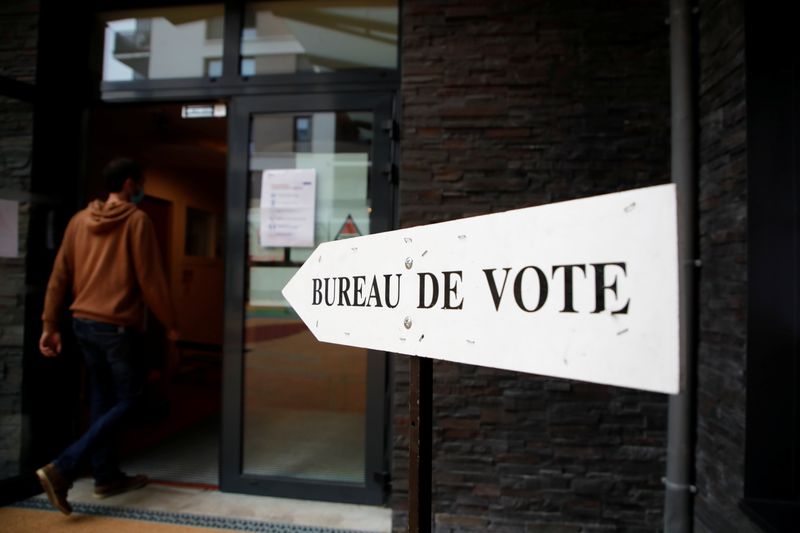 A man enters a polling station during the second round of French regional and departmental elections, in Velizy-Villacoublay, France June 27, 2021. REUTERS/Sarah Meyssonnier

(Corrects date of last election to 2015)

PARIS (Reuters) – Turnout by midday in the second round of French regional elections was 12.66%, only slightly up on last week’s record low of 12.22%, the interior ministry said on Sunday.

Turnout stood at 19.59% at the same time in the previous regional elections in 2015.

Mass abstention is making it difficult for pollsters to predict the outcome of the vote in the 13 mainland France contests, especially in Provence in the southeast which far-right leader Marine Le Pen hopes to capture.