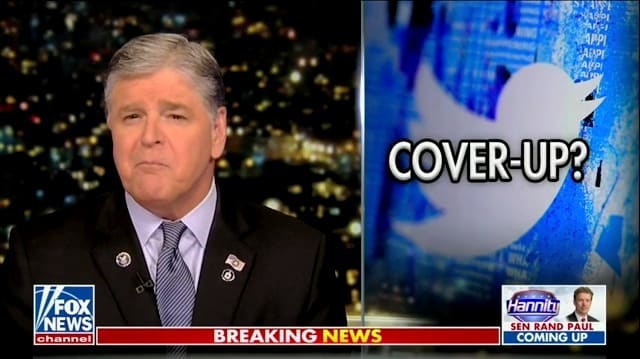 While Twitter has said these changes are largely organic in nature, Hannity saw some Big Tech conspiracy at work.

“Conservatives on the platform – all of a sudden out of nowhere – enjoyed a massive bump in followers and interactions,” a sarcastic-sounding Hannity said.