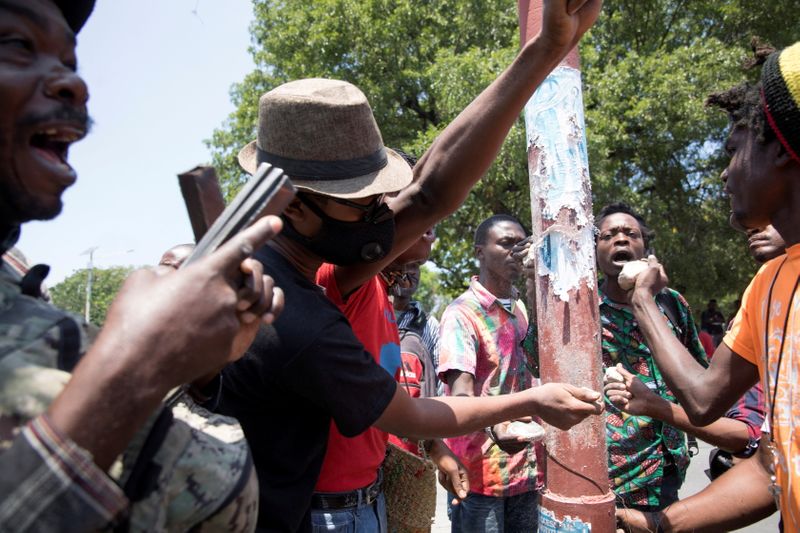 PORT-AU-PRINCE (Reuters) – The United States on Wednesday condemned what it described as a systematic violation of human rights, fundamental freedoms and attacks on the press in Haiti, urging the government to counter a proliferation of gangs and violence.

Violence has spiked https://www.reuters.com/world/americas/haiti-gang-leader-launches-revolution-violence-escalates-2021-06-24 in the impoverished Caribbean nation as rival gangs battle with one another and the police for control of the streets, displacing thousands and worsening a humanitarian crisis.

On Tuesday night, at least 15 people were killed in apparent retaliation for the murder of police union member Guerby Geffrard, said Leon Charles, director general of the national police force, at a news conference. Among those killed were two journalists.

“The United States is deeply concerned by the loss of life and general insecurity as a result of gang-related violence,” the U.S. embassy in Haiti said on Twitter.

“Violence, corruption and impunity have impeded Haiti’s development goals and the Haitian people’s aspirations for a better life for too long.”

Armed groups have become increasingly powerful in Haiti in recent years because of political unrest, growing poverty and a sense of impunity, rights organizations like the nonprofit Center for Human Rights Analysis and Research have said.

Elections slated for September could be a factor for the recent uptick in violence against police, which is not equipped to deal with gang members who have acquired ever more sophisticated weapons.

(Reporting by Andre Paultre in Port-au-Prince and Anthony Esposito in Mexico City; Writing by Stefanie Eschenbacher; Editing by Rosalba O’Brien)