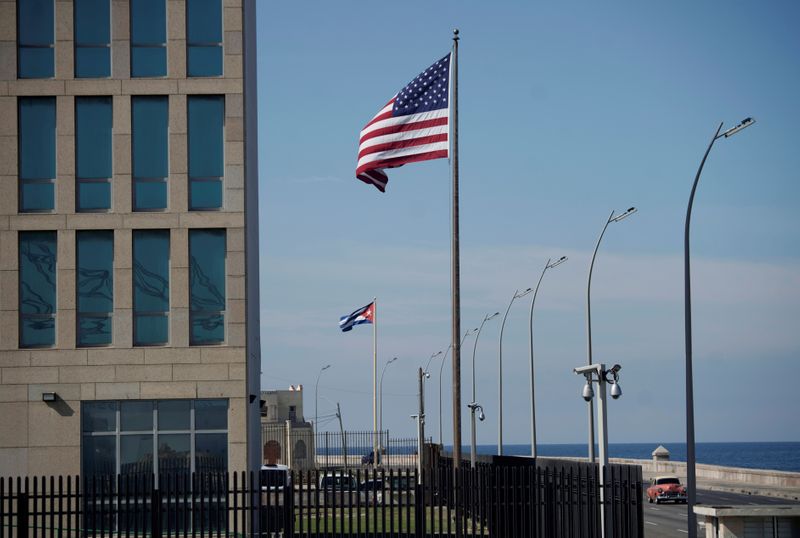 FILE PHOTO: A view of Cuban and U.S. flags beside the U.S. Embassy in Havana, Cuba, December 15, 2020. REUTERS/Alexandre Meneghini/File Photo

The resolution was adopted for the 29th time with 184 votes in favor, three abstentions and two no votes – the United States and Israel. The U.N. vote can carry political weight, but only the U.S. Congress can lift the more than 50-year-old embargo.

The United States consistently voted against the U.N. resolutions for 24 years but abstained for the first time in 2016 under former President Barack Obama, as Washington and Havana forged a closer relationship. It returned to opposing the resolution under President Donald Trump’s administration.