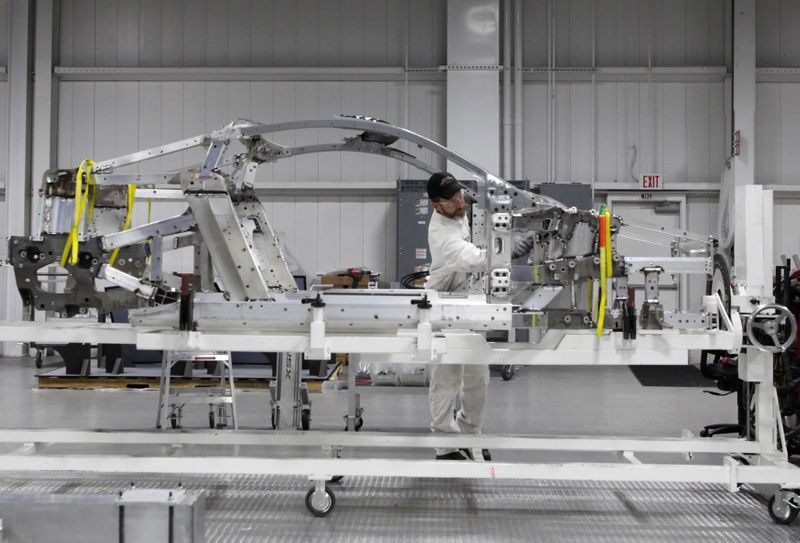 WASHINGTON (Reuters) – New orders for key U.S.-made capital goods unexpectedly fell in May, likely held back by shortages of some products, but a solid increase in shipments suggested business spending remained strong in the second quarter.

Business investment on equipment has enjoyed double-digit growth over the last three quarters thanks to a shift in demand towards goods from services during the COVID-19 pandemic and massive fiscal stimulus to ease the blow to the economy from the public health crisis.

Though demand is starting to revert back to services as vaccinations allow for broader economic re-engagement, appetite for goods remains healthy. But manufacturing, which accounts for 11.9% of the U.S. economy, is experiencing shortages of labor and raw materials, causing shortages that are boosting prices.

Last month, core capital goods orders were held down by machinery and fabricated metal products, as well as computers and electronic products. But orders for electrical equipment, appliances and components increased 1.3%.

With households sitting on more than $2 trillion in excess savings, demand booming and inventories low, businesses are likely to continue investing in equipment to boost production.

Orders for durable goods, items ranging from toasters to aircraft that are meant to last three years or more, rebounded 2.3% in May after falling 0.8% in April. They were lifted by a 7.6% rise in orders for transportation equipment.

Orders for civilian aircraft increased 27.4%. Boeing reported on its website that it had received 73 aircraft order compared to only 25 aircraft in April.

Orders for motor vehicles and parts rose 2.1% in May after decreasing 8.1% in April. Motor vehicle production has been hit by a global semiconductor chip shortage. Output of computers and electronic products has also been impacted.

Unfilled durable goods orders increased 0.8% in May after rising 0.4% in April.