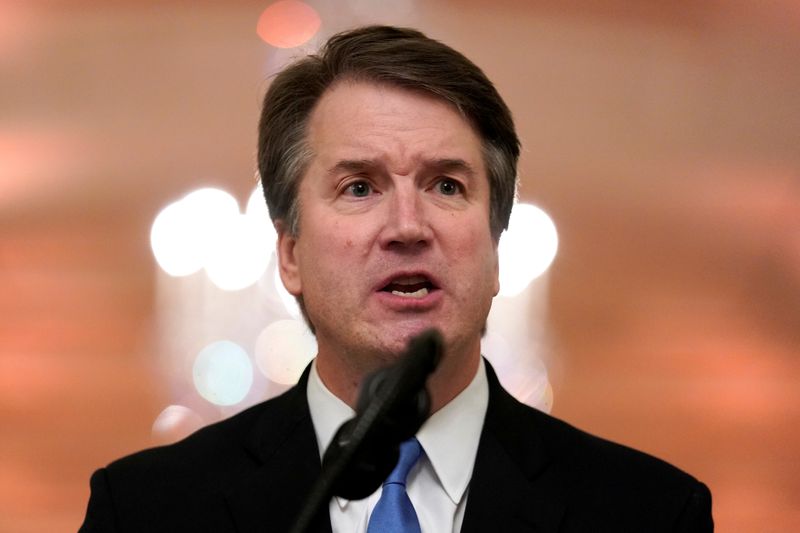 By Jan Wolfe and Mark Hosenball

WASHINGTON (Reuters) – A group of U.S. Democratic Senators on Thursday said that newly released materials show the FBI failed to fully investigate sexual misconduct allegations against U.S. Supreme Court Justice Brett Kavanaugh when he was nominated to the court in 2018.

The senators, including Sheldon Whitehouse of Rhode Island and Chris Coons of Delaware, said a letter they received from FBI Director Chris Wray last month shows the FBI gathered over 4,500 tips relating to Kavanaugh without any apparent further action by investigators.

“If the FBI was not authorized to or did not follow up on any of the tips that it received from the tip line, it is difficult to understand the point of having a tip line at all,” the Democratic lawmakers said in a letter to Wray sent on Wednesday night, which they released to the public on Thursday.