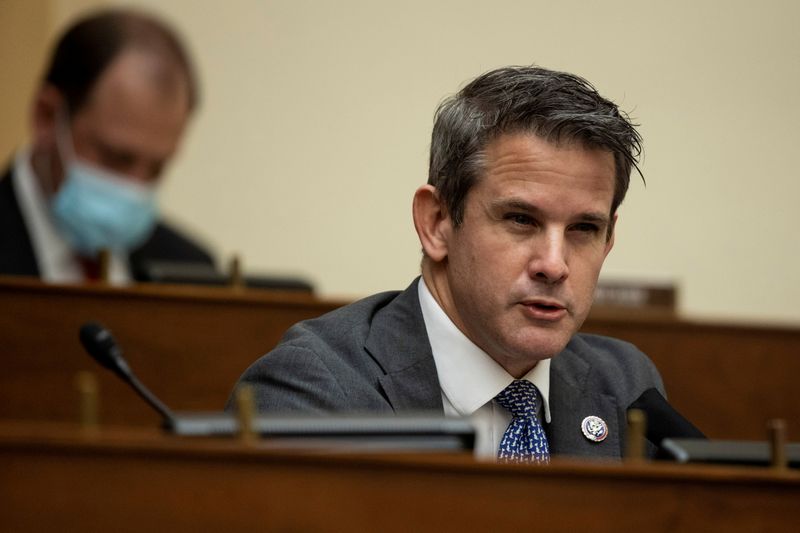 WASHINGTON (Reuters) – U.S. House of Representatives Speaker Nancy Pelosi on Sunday said she intended to speak with Republican Representative Adam Kinzinger about serving on a select committee investigating the Jan. 6 attack on the U.S. Capitol by supporters of former President Donald Trump.

“You could say that that is the direction I will be going on here,” Pelosi said during an interview with ABC’s “This Week.”

Pelosi added that Kinzinger and other Republicans have expressed an interest in joining the panel and that “perhaps” she would make an announcement after speaking with the Illinois lawmaker.

Kinzinger, an outspoken critic of Trump, would join fellow Republican lawmaker Liz Cheney on the panel as it prepares to hold its first hearing on the deadly attack on Tuesday.

Pelosi has already appointed Democratic members of the committee, along with Cheney. She rejected two of the five Republican members chosen by House Republican leader Kevin McCarthy, saying their participation could threaten the integrity of the panel’s work.

In reaction, McCarthy said his remaining three appointees would be withdrawn unless Pelosi installed all of his choices.

Kinzinger and Cheney, who was ousted from a House leadership position after she attacked Trump, were not on his list.

Four people died on Jan. 6 when Trump supporters stormed the Capitol while Congress was certifying Joe Biden’s November election win over Trump, who has continued to make false claims of widespread election fraud.

One person was shot dead by police, and three others died of natural causes. A Capitol Police officer who had been attacked by protesters died the following day, and two police officers who took part in the defense of the Capitol later took their own lives. More than 100 police officers were injured.

One of the Republican lawmakers rejected by Pelosi, Representative Jim Banks, said on “Fox News Sunday” that the House speaker rejected him and fellow Republican Jim Jordan because she “does not want to hear the other side” of events in the Jan. 6 attack.