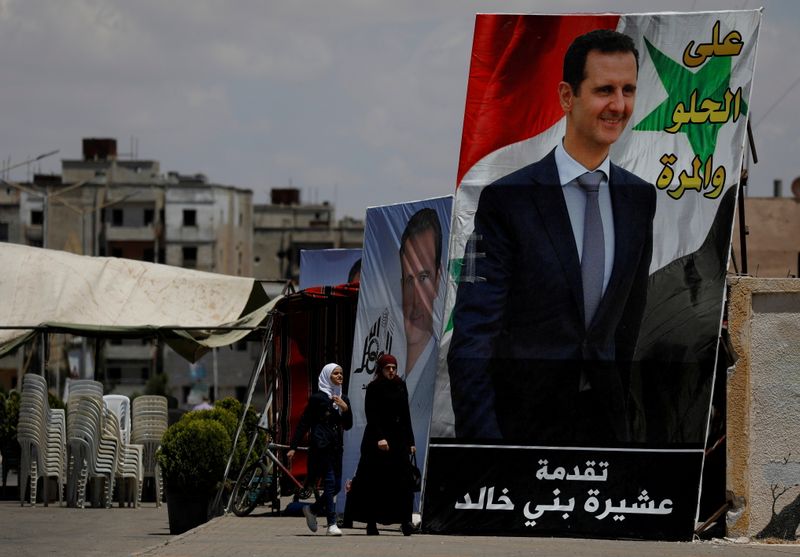 FILE PHOTO: People walk past posters depciting Syria’s President Bashar al-Assad, ahead of the May 26 presidential election, in the district of al-Waer in Homs, Syria May 23, 2021. Picture taken May 23, 2021. REUTERS/Omar Sanadiki/File Photo

The Treasury Department also put sanctions on Syrian armed group Ahrar al-Sharqiya, which operates in northern Syria, for abuses against civilians, as well as on two of the group’s leaders, it said in a statement.

The prisons “have been sites of human rights abuses against political prisoners and other detainees,” the statement said. It accused Ahrar al-Sharqiya of numerous crimes against civilians, especially Syrian Kurds, “including unlawful killings, abductions, torture, and seizures of private property.”

In a separate statement, the Treasury said it had imposed sanctions on one Turkey-based al Qaeda financial facilitator for materially assisting the militant group as well as one Syria-based terrorist fundraiser and recruiter for providing material support to Hay’et Tahrir Al-Sham (HTS), a militant group previously sanctioned under U.S. counter-terrorism authorities.