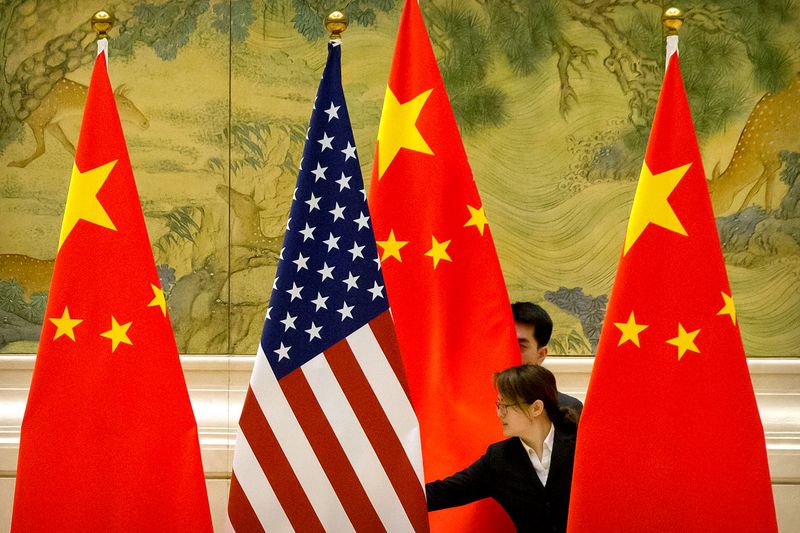 (Reuters) – The U.S. Justice Department on Thursday moved to drop all charges against a Chinese researcher arrested last year on visa fraud, a case that is part of the department’s “China Initiative,” which aims to prevent the transfer of U.S. technology to China.

Tang Juan, who was a visiting researcher at the University of California, Davis School of Medicine, was arrested in July last year for allegedly concealing her military affiliation. Her jury trial was scheduled to start Monday.

In a filing with the U.S. District Court for the Eastern District of California, prosecutors said they were moving to dismiss the indictment and vacate the trial. The filing gave no reasons.

The move follows a trial brief by the defense on Monday that called for a dismissal of the case based on recently disclosed evidence of a report by FBI analysts that questioned whether the visa application question on “military service” was clear enough for Chinese medical scientists at military universities and hospitals.

At least five Chinese researchers were arrested last year, two of whom are still in jail, over this question. Civil liberties groups including the American Civil Liberties Union and the Asian Law Caucus have voiced concern about the cases, which they say reflect anti-China bias. Defense lawyers say their clients’ real crime is running afoul of U.S.-China politics.

The move by the Justice Department on the case comes as U.S. Deputy Secretary of State Wendy Sherman is scheduled to visit China. Sherman, the State Department’s second-ranked official, will meet with State Councillor and Foreign Minister Wang Yi and other officials.

The visit could help set the stage for further exchanges and a potential meeting between President Joe Biden and Chinese leader Xi Jinping later this year.

Before Tang’s arrest, she sought refuge in the San Francisco China consulate following an FBI interrogation with her mother and daughter. The judge in the case later ordered the FBI interview to be dropped as Tang wasn’t read her Miranda rights. The judge for the case of another Chinese researcher who was a visiting scholar at Stanford University Song Chen had ordered FBI interrogations to be dropped for the same reason.