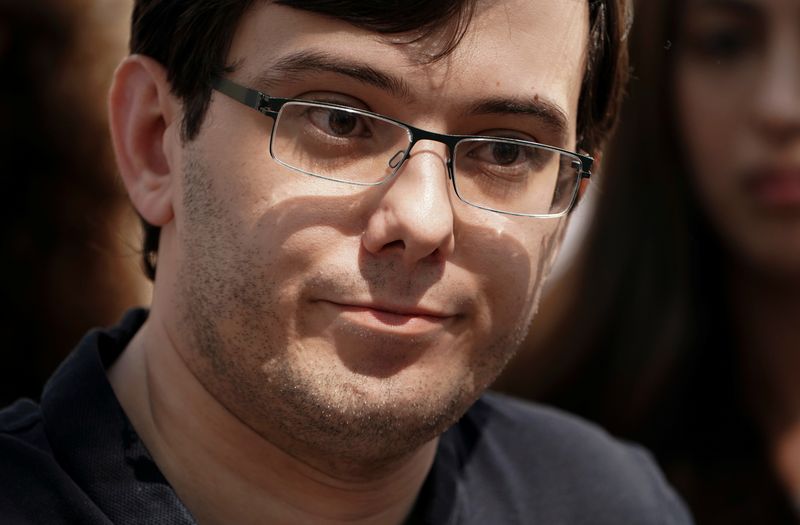 NEW YORK (Reuters) – The U.S. government said it sold imprisoned drug company executive Martin Shkreli’s one-of-a-kind album by Wu-Tang Clan to pay off the $7.36 million he was ordered to forfeit after being convicted of fraud.

In a letter to U.S. District Judge Kiyo Matsumoto, who oversaw Shkreli’s 2017 trial in Brooklyn, prosecutors said the forfeiture amount has been fully satisfied following the sale of the album “Once Upon a Time in Shaolin” and other asset sales.

The sale price and buyer were not disclosed because of a confidentiality provision in the contract, prosecutors said.

Shkreli, 38, paid $2 million for Wu-Tang Clan’s only copy of “Shaolin” at an auction by the hip-hop group.

He later bragged he did not plan to listen to the album, and purchased it to “keep it from the people.”

Benjamin Brafman, a lawyer for Shkreli, in an email said he was pleased the forfeiture obligation was satisfied, and that the album’s sale price was “substantially more” than what Shkreli paid.

Nicknamed “Pharma Bro,” Shkreli remains widely vilified for hiking the price of Daraprim, which treated a potentially fatal infection, by more than 4,000% overnight when he led Turing Pharmaceuticals, now known as Phoenixus AG.

He has served more than half of a seven-year prison sentence for cheating investors in two hedge funds and trying to prop up the stock price of another drug company he led, Retrophin Inc. His release date is Oct. 11, 2022, prison records show.

Prosecutors said they still possess two other Shkreli assets, a Phoenixus stake and a Pablo Picasso engraving, that could be applied toward a $2.6 million judgment against him in a separate Manhattan civil case.

Brianne Murphy, a lawyer for Shkreli in the Manhattan case, declined to comment.

In January, Matsumoto rejected Shkreli’s request to be freed from prison, rejecting his claim that his deteriorating mental health justified “compassionate” release.