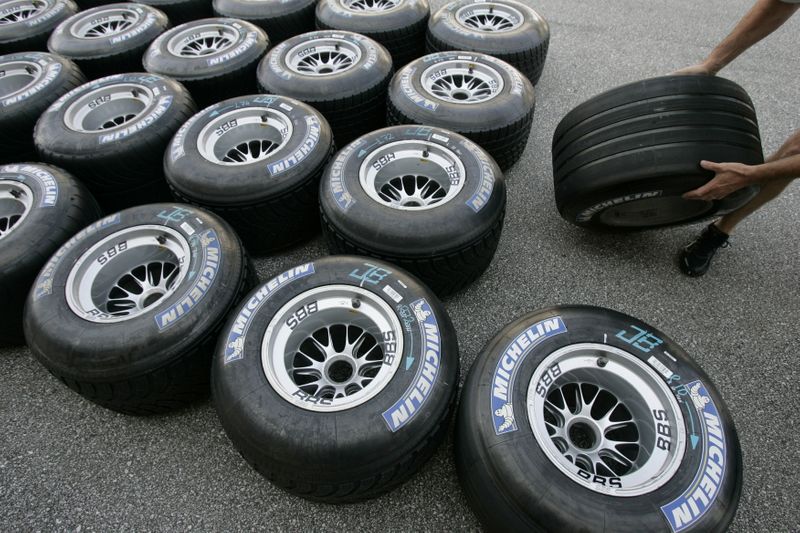 FILE PHOTO: Michelin Formula One tires are prepared for racing in the pits at the Indianapolis Motor Speedway, June 29, 2006. REUTERS/John Gress/File Photo

The ITC also found imports of tire products from Vietnam sold in the United States at less than fair value “are negligible and voted to terminate the antidumping duty investigation concerning Vietnam.”

The union won orders on imported vehicle tires from China in 2015, and Chinese imports have since shrunk dramatically, allowing the domestic industry to invest in new capacity, the union said last year.

The United States imported $4.4 billion in tires from the four nations in 2020. The USW said previously tire imports from the four countries had risen nearly 20% since 2017, reaching 85.3 million tires in 2019.