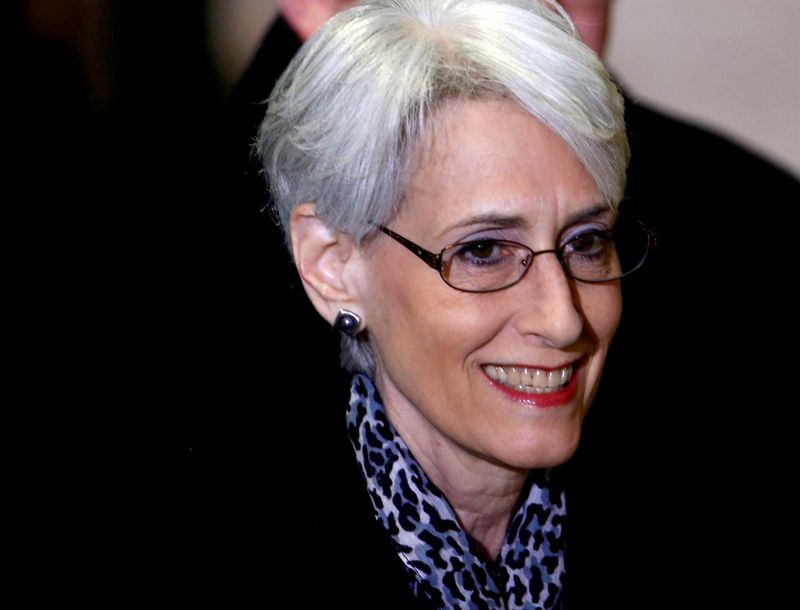 WASHINGTON/BEIJING (Reuters) – U.S. Deputy Secretary of State Wendy Sherman will make clear to China in upcoming talks that Washington welcomes competition with Beijing, but there needs to be a level playing field and guardrails to prevent that spilling over into conflict, senior U.S. officials said on Saturday.

“She’s going to underscore that we do not want that fierce and sustained competition to veer into conflict,” one senior U.S. administration official said ahead of what will be the first high-ranking, face-to-face contact between Washington and Beijing in months as the two sides gauge whether they can salve festering ties.

“This is why the U.S. wants to ensure that there are guardrails and parameters in place to responsibly manage the relationship,” he said. “She’s going to make clear that while we welcome stiff and sustained competition with the PRC, everyone needs to play by the same rules and on a level playing field.”

Sherman is due to land in Tianjin, a city southeast of Beijing, on Sunday and will stay until Monday.

On the heels of Sherman’s trip, U.S. Secretary of Defense Lloyd Austin will next week travel to Singapore, Vietnam and the Philippines, and Secretary of State Antony Blinken will visit India, signs of U.S. efforts to intensify engagement as China challenges Washington’s influence in Asia.

The talks between Sherman, the State Department’s second-ranked official, and Wang will follow several combative months since the countries’ first senior diplomatic meeting under President Joe Biden’s administration in March.

Chinese officials publicly lambasted the United States at that meeting in Alaska, accusing it of hegemonic policies, while U.S. officials accused China of grandstanding.

The official briefing on Saturday said the Tianjin meeting would be a continuation of the Alaskan talks and “all dimensions of the relationship will be on the table.”

“We’re going into these meetings with our eyes wide open,” he said, adding: “We believe it’s important to maintain open lines of communication between high-level officials, frank and open discussion, even perhaps especially, where we disagree is critical to reducing the potential for misunderstandings between our countries.”

Since Alaska the two countries have traded diplomatic barbs on an almost constant basis. The latest exchanges came on Friday when Beijing sanctioned former U.S. Commerce Secretary Wilbur Ross and other individuals and groups in response to U.S. sanctions over China’s crackdown on democracy in Hong Kong.

A second U.S. administration official said those sanctions were an example of how China punishes those who speak out and said Washington would not be afraid of taking further steps against Beijing when its interests were threatened.

Bilateral ties have soured to such a degree that the prospect of significant outcomes from Tianjin talks seems almost unthinkable in foreign policy circles.

However, if the discussions go reasonably well, they could help set the stage for an eventual meeting between Biden and Chinese leader Xi Jinping later this year, possibly on the sidelines of the G20 summit in Italy in late October.

(Reporting by Michael Martina and David Brunnstrom in Washington and Yew Lun Tian in Beijing; Editing by Mary Milliken and Matthew Lewis)