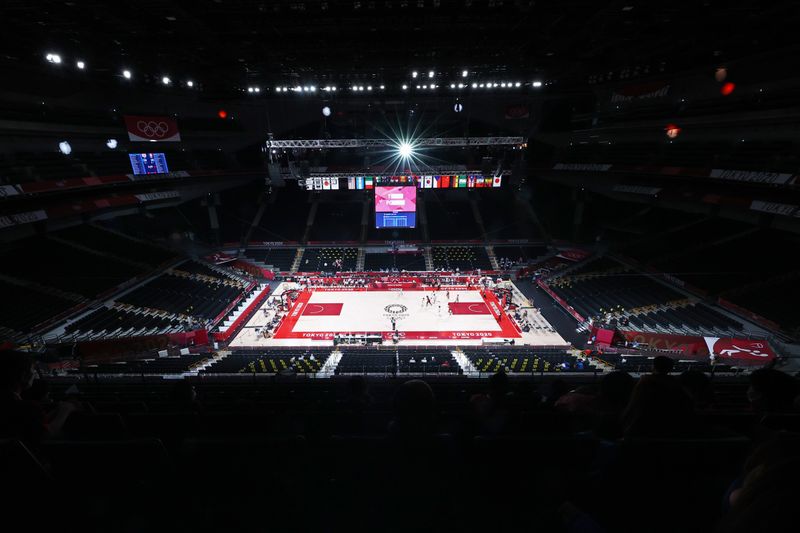 (Reuters) – Prime-time viewership for NBC’s broadcast of the Summer Olympics from Tokyo picked up some steam in the first two nights of competition, compared with a lackluster audience for Friday’s opening ceremonies, preliminary ratings data showed on Monday.

But the size of NBC’s audience on Saturday and Sunday nights, including broadcast television and streaming, was off substantially from comparable totals five years ago during the first two nights of competition at the 2016 Summer Games in Rio de Janeiro.

That figure was up 4.5 million from Saturday’s prime-time broadcast and streaming audience combined, and 7.5 million from Friday’s opening ceremonies, NBCUniversal said, citing preliminary data from Nielsen and Adobe Analytics.

NBC said those results were the first time since the 1992 Olympics in Barcelona, Spain, that the network’s prime-time Summer Games delivered successive viewership increases from the opening ceremony through the first two nights of competition.

But the three-night climb for Tokyo began with a 33-year low.

Total NBC viewership of the opening ceremonies – 12.3 million in prime time plus an estimated 5 million who watched over the internet hours earlier in real time – marked the smallest U.S. audience for an Olympics opening since 1988, when 22.7 million tuned in for the parade and torch-lighting at the Summer Games in Seoul, South Korea.

Prime-time Saturday and Sunday night broadcasts and streaming from Tokyo likewise drew substantially smaller audiences than those who watched the first two nights of competition from Rio, which averaged 23.5 million and 31.8 million viewers, respectively, NBC said.

Sunday night’s TV-only portion of the Olympics audience drew 19.2 million viewers in prime time, triple the combined total for the other broadcast networks. It also marked the largest television audience for any prime-time show since Super Bowl Sunday on Sunday Feb. 7, according to NBC.

On the streaming side, viewers have watched 735 total minutes of Tokyo Olympics content through Sunday, up 24% from the comparable period during the 2016 Rio Games and 41% higher than the 2018 Winter Olympics in PyeongChang, South Korea, reflecting a change in viewing habits.