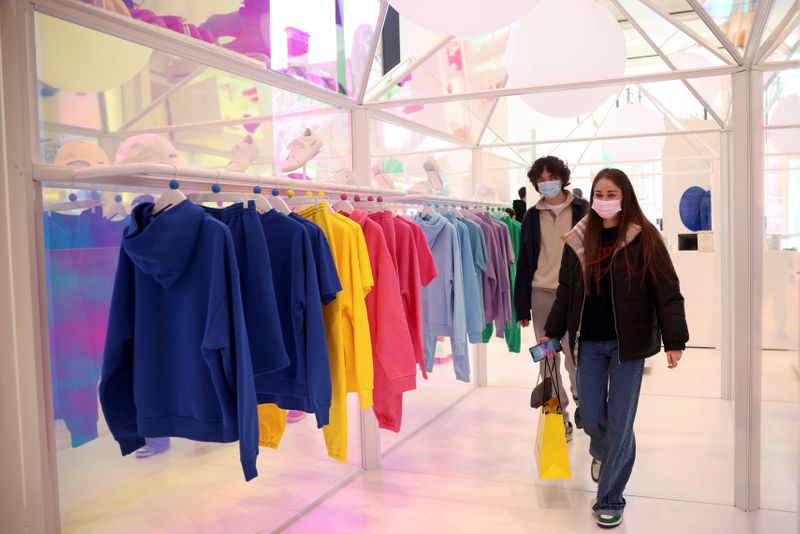 LONDON (Reuters) – British consumer sentiment held at its highest level since the start of the coronavirus pandemic this month, though households were less cheery about the economic outlook, a monthly survey from market research GfK showed on Friday.

GfK’s consumer confidence index remained at -9 in June, unchanged from May and its highest since early March 2020. Economists polled by Reuters had forecast a small rise to -7.

“Forecasts for rising retail price inflation could weaken consumer confidence quickly and that may account for the six-point dip in June in our measure for the wider economy in the coming year,” GfK’s client strategy director, Joe Staton, said.

The Bank of England warned on Thursday https://www.reuters.com/article/idUSKCN2E019B that consumer price inflation was likely to temporarily exceed 3% later this year, after a bigger-than-expected jump to 2.1% in May.

Households in the GfK survey, which began in 1974, were more upbeat about the outlook for their personal and their willingness to make bigger purchases.

Britain’s economy shrank almost 10% last year, its biggest decline in more than 300 years, but the impact was softened for many households by a job furlough scheme that paid 80% of their previous wages.

The number of workers on furlough has fallen sharply since the end of March, as shops and restaurants reopen, but around 1.5 million staff are yet to return to work. The programme ends on Sept. 30.