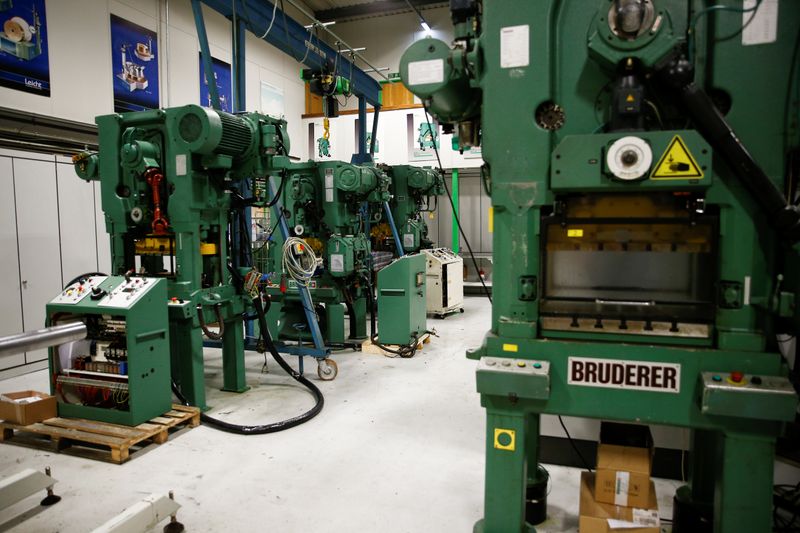 LONDON (Reuters) -British manufacturers’ expectations for output growth over the next three months are the strongest on record as the economy bounces back from its coronavirus pandemic lockdowns, the Confederation of British Industry said on Thursday.

The CBI’s quarterly survey showed surging levels of employment and investment in factories but also acute inflation pressures. Average cost growth in the three months to July hit its fastest pace since 1980.

The growth in costs was expected to ease next quarter but still remain high.

“UK industry is reawakening following the economic ravages of the pandemic,” CBI chief economist Rain Newton-Smith said, while pointing to challenges ahead.

“Acute staff shortages evident across the economy are biting deeply within manufacturing, with skills in short supply and the number of people isolating climbing steeply.”

More than 600,000 people in England and Wales were advised to isolate in the week to July 14 by a government mobile app which detects if they have been in close contact with someone who has tested positive for COVID-19.

New orders were driven mostly by surging domestic demand, although export orders rose for the first time since January 2019.

Investment intentions for plant and machinery over the next 12 months were the strongest since April 1988.

British finance minister Rishi Sunak announced in March a costly two-year tax incentive for companies to invest in plant and machinery to help the manufacturing sector modernise as it emerges from the coronavirus pandemic.

A monthly version of the CBI showed total orders slipped slightly in July but remained far about their average levels and expectations for prices over the next three months similarly dipped but stayed high.