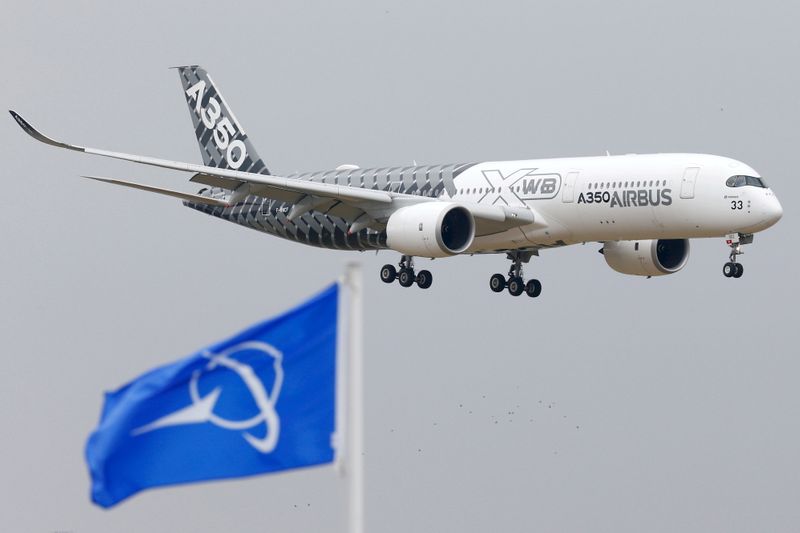 FILE PHOTO: An Airbus A350 jetliner flies over Boeing flags as it lands after a flying display during the 51st Paris Air Show at Le Bourget airport near Paris, June 15, 2015. REUTERS/Pascal Rossignol

White told his confirmation hearing before the Senate Finance Committee that, if confirmed, he would also make clear that the United States would not hesitate to take countervailing measures against the EU if they do not comply.