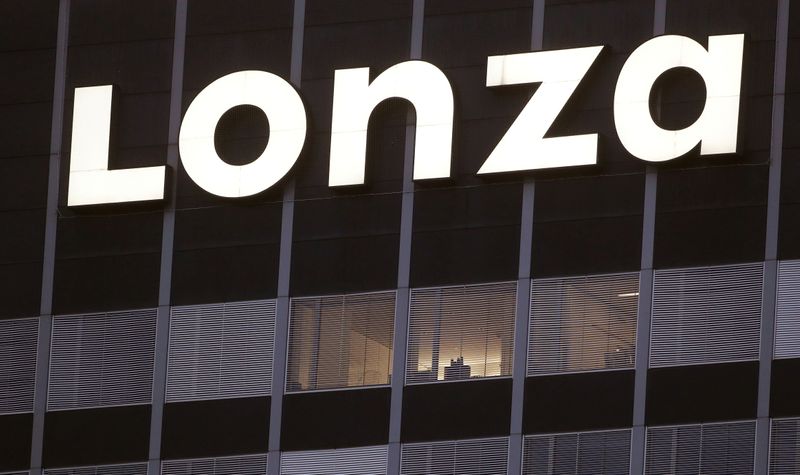 ZURICH (Reuters) – Swiss contract drugmaker Lonza lifted its 2021 outlook on Friday after sales for the first half of the year beat analyst expectations as it benefits from a booming business making ingredients for COVID-19 vaccines.

The company, which has intensified agreements with vaccine producer Moderna, posted a 13.3% jump in sales to 2.54 billion Swiss francs ($2.76 billion), beating analyst forecasts for 2.47 billion francs.

Lonza now expects sales to increase in constant exchange rates towards the mid-teens percentage level for 2021, up from its previous forecast for sales growth in the low double-digit range.

The margin dipped to 33.3% from 33.4% a year earlier, but Lonza said it still expected to improve it this year.

Lonza shares, which have outpaced the blue-chip Swiss Market Index by rising 19.4% in 2021, were 2.1% higher in early trading.

Customer demand for COVID-related projects had continued during the first half, the company said, including for the drug substance production of Moderna’s COVID-19 vaccine at Lonza’s sites at Visp in Switzerland and Geleen in the Netherlands.

The company had responded by spending 474 million francs on capex, with the vast majority going towards increasing production levels. Total spending on its factories is expected to increase in the second half of the year, Lonza said.

“Our COVID-related collaboration with Moderna on the mRNA platform has undergone a series of expansions over the course of H1,” said Chief Executive Pierre-Alain Ruffieux

“In April 2021, we expanded our collaboration to establish three further production lines in Visp. We have already started work on the installation, and we currently expect to commence ramp-up in early 2022.”

Following a further expansion in the Moderna agreement in June, a further production line will be added at Geleen, which will start ramping up production of drug ingredients at the end of this year, he added.

As well as Moderna, Lonza has won COVID-19 contracts with AstraZeneca, Capriocor Therapeutics and Humanigen

“As we look more widely at our contribution through the pandemic, we have achieved our commitment to deliver for customers throughout this challenging period by expanding production and increasing headcount,” the CEO said.