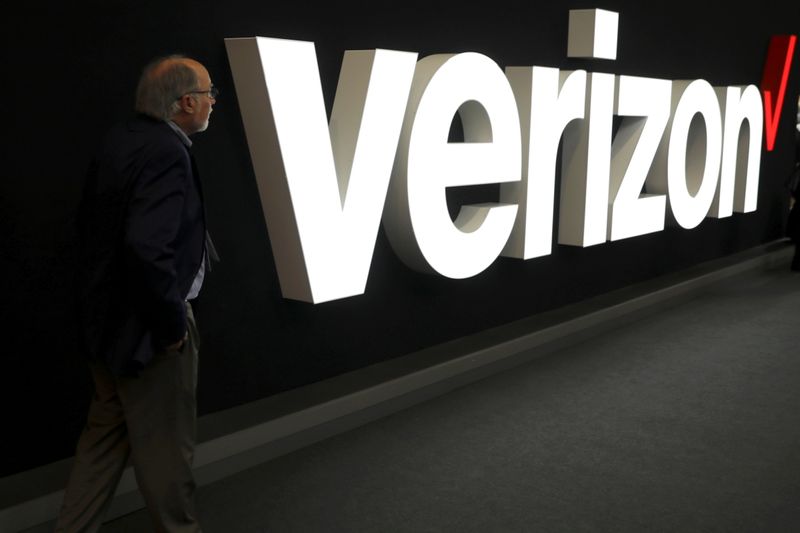 A man stands next to the logo of Verizon at the Mobile World Congress in Barcelona, Spain, February 26, 2019. REUTERS/Sergio Perez/File Photo

With that move, Verizon would join peers AT&T Inc and T-Mobile US Inc in propping up competition to Apple Inc’s iMessage service.

Apple’s iMessage is limited to users who use the company’s devices, and the iPhone maker has not yet indicated any plans to extend the feature to Android users.

With RCS, users can send and receive high-quality photos and videos, chat over WiFi or cellular data and know when messages were read, among other features.

Earlier this year, AT&T and T-Mobile announced they would make Google’s messaging app as the default one on all their Android devices.

“Customers using Verizon’s Message+ app will also get full access to RCS capabilities by the end of the year,” Verizon said in a statement.

(Reporting by Eva Mathews in Bengaluru; Editing by Ramakrishnan M.)