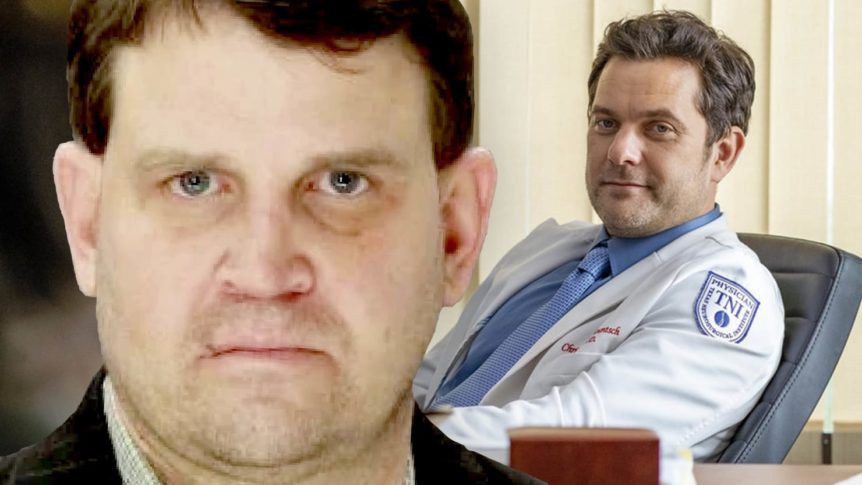 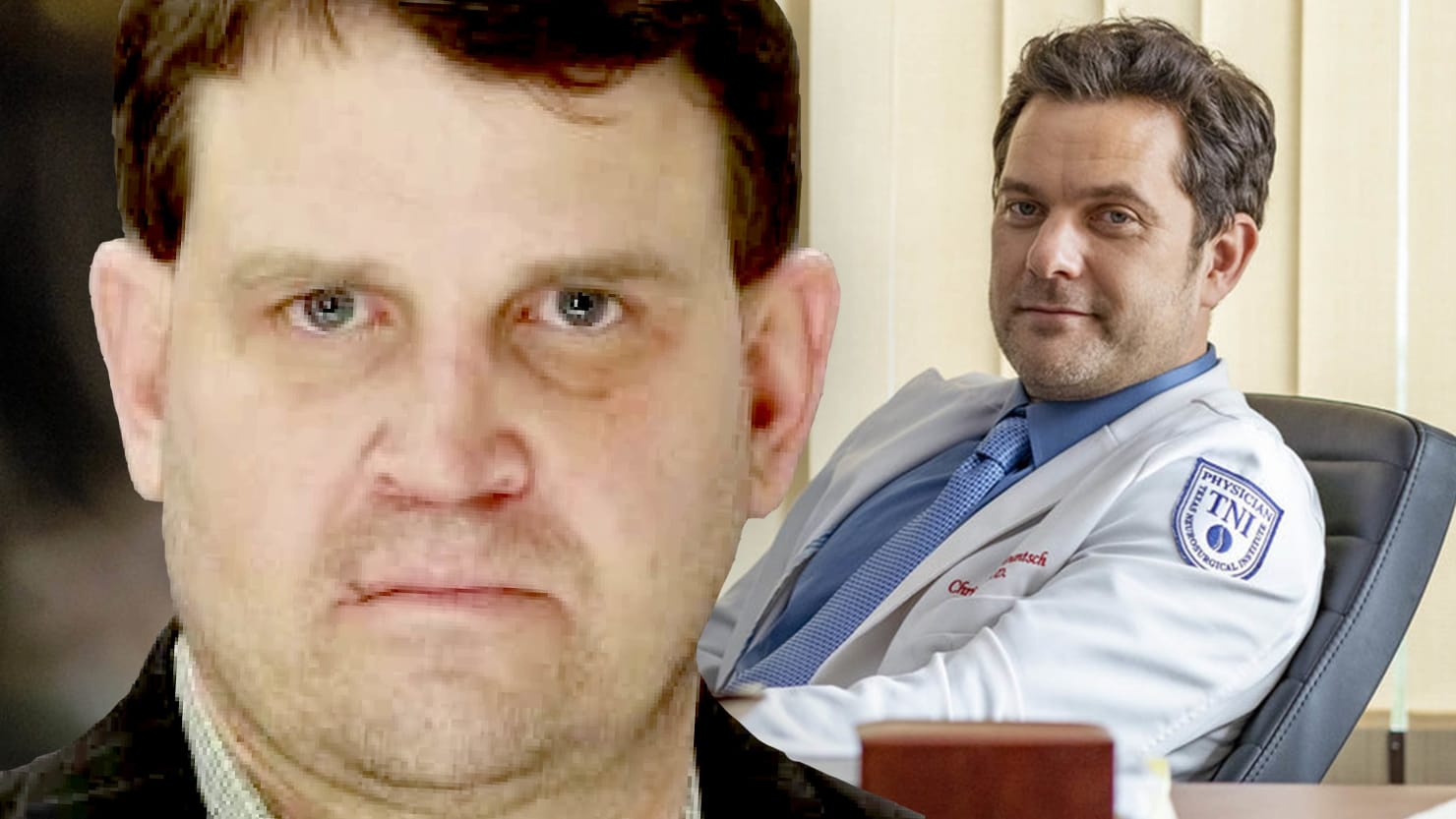 A grim new drama is making its way to TV screens this week, sure to lure in fans with its tale of a ruthless killer with a god complex against a backdrop of high-stakes surgeries, a group of suspicious medical professionals, and determined prosecutors trying like hell to stop him.

The eight-episode series is anticipated to be a thrilling watch. But perhaps more terrifying, the show depicts the chilling real-life story of Dallas-area neurosurgeon Christopher Duntsch, who stands accused of killing or maiming more than 30 patients in the 2010s.

The 50-year-old is currently serving a life sentence in a Texas prison after being convicted in 2017 of intentionally botching a surgery on an elderly woman, leaving her screaming in pain when she awoke. She is now wheelchair-bound.

“He was acting as a serial killer,” Dallas County Assistant District Attorney Michelle Shughart said about Duntsch in 2017.

While only convicted on one offense, Texas prosecutors presented heaps of evidence of Duntsch intentionally leaving behind a sickening trail of devastated lives from his botched surgeries, with two women dead, patients left nearly unable to talk due to their vocal cords being cut, and others who walked into the hospital on their own but left as paraplegics.

Kenneth Fennell, 78, who was Duntsch’s first patient at Baylor Medical Center at Plano after the surgeon transferred from the Memphis area in 2011, suffers lasting pain in his legs and can only walk a short distance before having to rest after going under Duntsch’s knife to cure his back pain in November 2011.

Fennell told The Daily Beast that he spoke at length with the makers of the NBC show to help them shape their script, explaining that he’s willing to participate in any project about Duntsch to help raise awareness about the murkiness of hospitals’ system of reporting malpractice and wrongdoing by doctors.

He also has another reason for participating. “Hopefully it helps keep him in jail,” he said.

Without structural change and transparency, Fennell believes there are other murderous surgeons and medical professionals operating unchecked on their none-the-wiser patients, bouncing hospital to hospital, leaving countless bodies in their wake.

Somewhat shockingly, prior to Duntsch’s conviction in 2017, there had never been a doctor who was successfully convicted of aggravated assault as a result of their work in the operating room. His case was highly publicized in Dallas, as it was rare enough that a doctor—whose sole job is to heal patients—would deliberately hurt them. It was quite another to have them live and work in your city.

Fennell first met the braggadocious Duntsch back in 2011, needing surgery for his constant back pain. Duntsch came highly recommended and wooed Fennell and his wife with boasts that he’d soon be running Baylor Medical Center’s entire neurosurgery department.

Duntsch told Fennell the surgery was a success, but months went by and Fennell was still experiencing severe pain in his back, which led him to seek out Duntsch again.

By January 2013, however, Duntsch was no longer working at Baylor Medical Center. Fennell thought it strange, but when he contacted his insurance company to see if there was any specific reason why Duntsch had left, Fennell was told the surgeon was still in good standing. So, Fennell trusted Duntsch to perform the second surgery, not knowing that Baylor Medical Center had revoked his privileges with the hospital.

When he awoke from his surgery, Fennell was paralyzed from the waist down. He later learned that Duntsch had operated on the wrong part of his back in the first surgery, and in the second, removed part of his femoral nerve. It took months of rehab for Fennell to be able to barely walk again with the assistance of a cane.

And it would be months before they discovered that in the span of those 14 months, Duntsch had performed several botched surgeries, and his procedures on Floella Brown and Kellie Martin had led to their deaths—which led to his dismissal from Baylor Medical Center and several other hospitals, according to Texas prosecutors.

One of Duntsch’s patients was found to have a surgical sponge left behind in his neck, leading to a severe infection. A surgeon told D Magazine that the mistakes that somehow continually occurred in Duntsch’s operating room were “never events.”

“They shouldn’t ever happen in someone’s entire career,” they said. “And yet they occurred in Duntsch’s operating rooms over a period of just two years.”

Fennell is adamant that if the hospital had informed him or there was some kind of report made to insurance companies as to why Duntsch had his privileges revoked, there was no way he’d have let the surgeon perform his second operation.

Instead, Duntsch was allowed to hop around to five different practices in the Dallas area—allegedly killing two out of 38 patients and injuring 33 others—in the span of two years.

“People in the same profession are trying to police their profession, trying to protect themselves and protect their own,” Fennell said. “Part of what it took here, with the medical board in Texas, were doctors calling in personally, going down and seeing the board members trying to get [Duntsch] stopped. It took them two years to do that.”

“Duntsch was allowed to hop around to five different practices in the Dallas area—allegedly killing two out of 38 patients and injuring 33 others—in the span of two years.”

“If it hadn’t been so damn long, I wouldn’t have my second operation with him because he was still getting glowing reports as of January of 2013,” he continued. “I wouldn’t have had my second surgery with him and become a damned near paraplegic.”

Fennell’s shocking case is one of several that Duntsch was allowed to wriggle out of. The surgeon felt he could get away with anything, confessing as much in a chilling email to his assistant-turned-lover Kimberly Morgan in December 2011—a month after operating on Fennell.

“Anyone close to me thinks that I likely am something between god, Einstein, and the antichrist,” Duntsch wrote. “Because how can I do anything I want and cross every discipline boundary like its [sic] a playground and never ever lose.”

“I am ready to leave the love and kindness and goodness and patience that I mix with everything else that I am and become a cold blooded killer,” he added.

Various victims and their families have spoken out over the years about Duntsch, including the husband of schoolteacher Kellie Martin, who died in 2012 at the age of 54 following surgery on her back.

“Kellie even asked Dr. Duntsch, ‘Have you ever had any bad outcomes or deaths on your surgeries,’ and he said, ‘No, knock on wood,’” Don Martin recalled at Duntsch’s trial.

One of the people Duntsch maimed was his close friend Jerry Summers, whom he performed a cervical fusion surgery on in 2011. Summers was left a quadriplegic, having to deal with various infections over the years caused by complications from his condition. Summers ultimately died from an infection in February at the age of 50.

Summers’ family and his former lawyer did not return requests for comment when contacted by The Daily Beast. Summers is included in the Dr. Death series, his character played by Dominic Burgess.

After two years of surgeons and other medical professionals who had worked with Duntsch personally investigating Duntsch and campaigning for him to lose his medical license, the Texas Medical Board finally revoked his license in December 2013.

It would take another two years for Duntsch to be charged with five counts of aggravated assault, although he was only convicted on one charge.