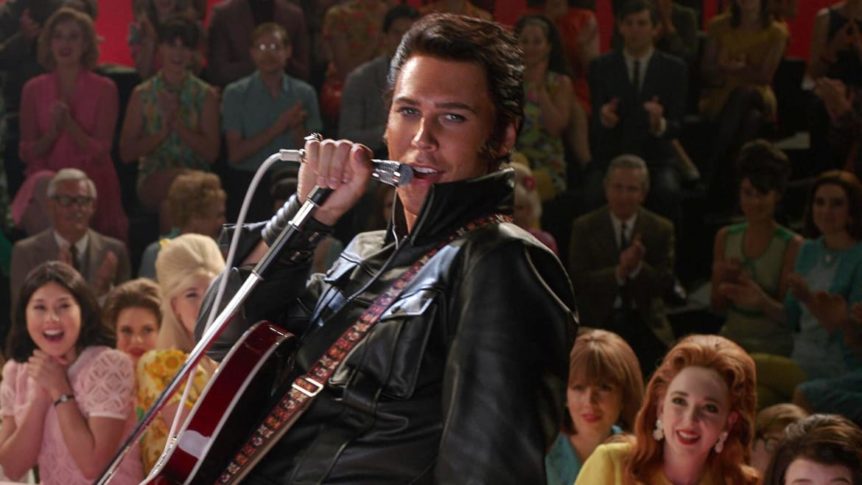 Elvis isn’t a particularly funny movie. But it did make me laugh out loud exactly one time, which is the best thing I can say about Baz Lurhmann’s exhaustingly loud, terribly boring new film.

Early in the movie, Colonel Tom Parker (a grotesque Tom Hanks) is working with country singer Hank Snow, booking him for traveling music revues. We know he’s a money-hungry hustler—he’s narrating the movie from the perspective of many years later, after he’s gambled all of now-dead Elvis Presley’s money away. But right now, he’s happy working with the popular Hank.

But then he hears someone on the radio that everyone’s freaking out about. Who is this guy, playing and belting this wild rock and roll, uh, music? Colonel Tom can already tell just from listening to this one song that this guy is definitely going to be the star of the show, even if he’s only on the bottom of the lineup.