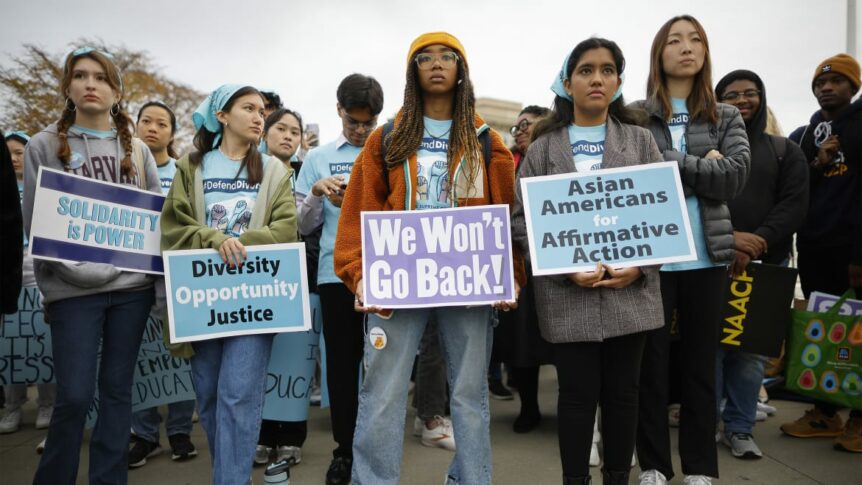 In Monday’s five-hour long Supreme Court arguments about the future of affirmative action it was easy to forget that the cases first arose from alleged discrimination against Asian American applicants in the admission processes.

At issue are challenges to the admissions procedures at the University of North Carolina and Harvard that use race among other factors in the goal of seeking a diverse student body. Both universities have defended their policies as compliant with the decades of Supreme Court precedent governing “affirmative action” policies that tried to remedy the history of segregated education first struck down in the landmark decision of Brown v. Board of Education in 1954.

The petitioners, however, claim that Brown’s prohibition of racial segregation means that any admissions policies must be colorblind, meaning no consideration of race would be allowed in making admission decisions.