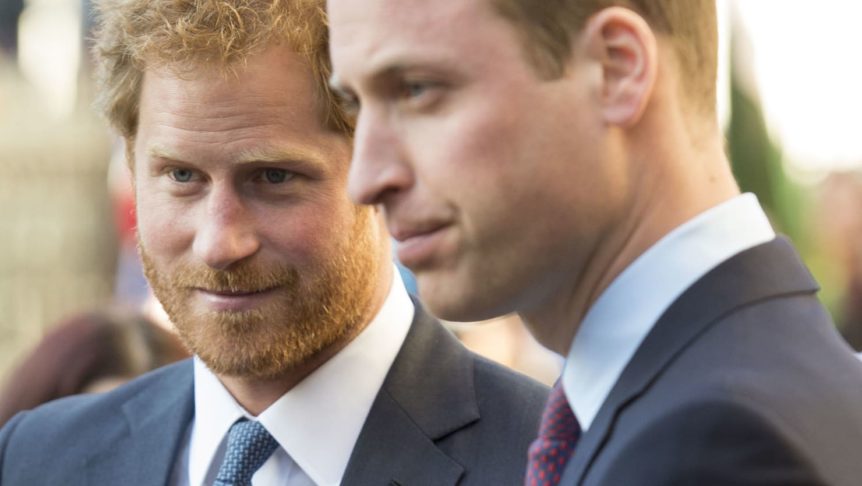 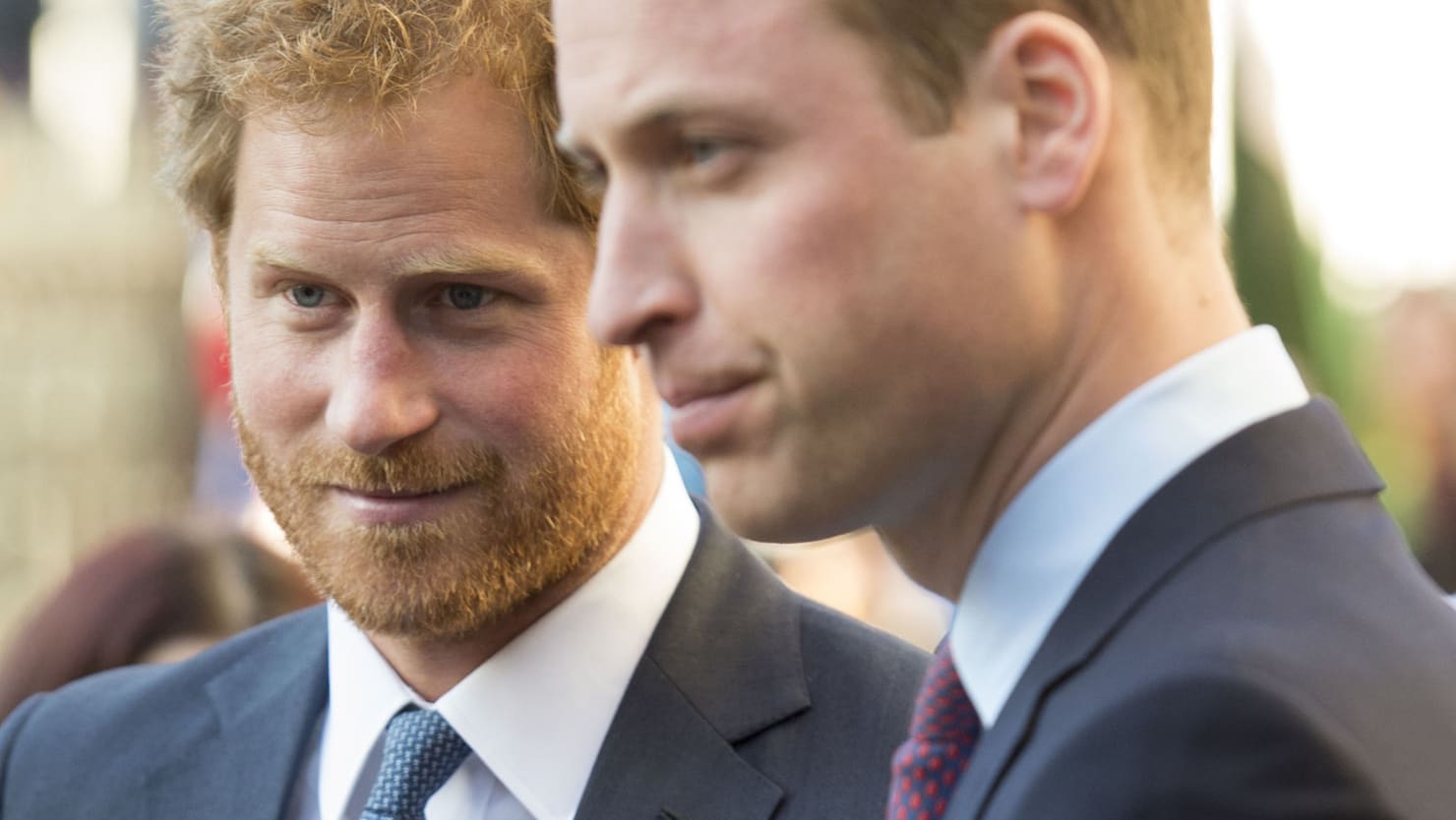 If you love The Daily Beast’s royal coverage, then we hope you’ll enjoy The Royalist, a members-only series for Beast Inside. Become a member to get it in your inbox on Sunday.

Prince Harry was the star, in-person guest at a charity event in London Wednesday afternoon, just hours before he was due to reunite with his brother Prince William to unveil a statue in his mother’s memory Thursday.

Harry’s surprise and dramatic appearance at the WellChild awards was the clearest statement yet of his ongoing and explicit commitment to his mother’s values.

A source told the Sun: “WellChild is a charity that is very close to Harry’s heart and the organizers have moved heaven and earth to make this happen. His attendance was kept a complete secret and it was an amazing moment when he surprised those in attendance. Harry made sure he spent time talking to as many of the children and their families as possible—as well as caregivers who were present at the ceremony.”

The Sun said that the awards had been due to take place in September but were shifted to Wednesday to enable Harry to be there; a sign, perhaps, that he has little intention of making any more trips to the U.K. over the next few months than is strictly necessary.

While Harry was attending the WellChild awards in Kew, West London, final preparations were being made just a few miles away for what is easily the most eagerly anticipated statue unveiling in London in many years.

The statue of Princess Diana, created by the artist Ian Rank-Broadley, has been lifted into place, but on Wednesday was hidden from view in a large wooden box, painted a tasteful shade of green. It is located in what was said to be the late Diana’s favorite corner of Kensington Palace, the Sunken Garden.

The statue is said to be a lifesize effigy of a youthful Diana. Rank-Broadley said through the palace that he would not be available for any interviews other than a short pooled interview after tomorrow’s ceremony.

While Diana’s many fans will welcome the public statue in her honor, some critics are bemoaning the move. The conservative commentator Melanie Phillips, for example, wrote in The Times this week of fears that the statue would be turned into a “Cellophane-festooned shrine to victimhood,” adding that the statue was a memorial to “an emblem of our topsy-turvy, self-absorbed and emotionally incontinent era.”

Her distaste for a Diana statue is shared, less publicly of course, by many in the establishment, who cannot abide the veneration of Diana and still accuse her of wreaking terrible damage on the monarchy.

That, of course, is part of what makes the realization of this project so remarkable. As the royal historian Robert Lacey pointed out in an interview with The Daily Beast this week, Harry and William should be saluted for having managed to get the statue put up at all, despite a noted lack of enthusiasm, if not outright opposition, for the project from the two most powerful figures in the establishment, Queen Elizabeth and Prince Charles.

Although the past few days have been dominated by new details of the strained relationship of the brothers, there seemed to be a renewed attempt Wednesday to position it as an occasion which may herald reconciliation, with a report in The Telegraph saying that Harry and William “would meet in private” after the ceremony.

Further reading of the story, however, revealed that far from any such meeting being a one-on-one tête-à-tête, the brothers would instead “gather with immediate family” after Thursday’s unveiling.

A tea party with the cousins present hardly seems the setting in which they can thrash out, or even resolve to set aside, their differences. On a positive reading, it seems promising that insiders are seeking to push a reconciliation narrative, on the negative angle, it tallies pretty neatly with allegations made by Lacey this week that William and Charles are avoiding intense personal discussions with Harry for fear their content will be leaked to the American media.

Lacey wrote that William and Kate told friends that,“They could see no point in talking to Harry, since any discussion of substance would go straight back to Meghan to be leaked out via Oprah or some other tentacle of the Sussex network that had not stopped spreading stories in the weeks since the interview that the couple’s friends had promised would be their final word.”

“Later this week, my brother and I are recognizing what would have been our mum’s 60th birthday, and she would be so proud of you all for living an authentic life with purpose and with compassion for others.”

In addition to his surprise showing at the WellChild awards, Harry had also made one slightly different kind of public appearance during his five days of quarantine at Frogmore Cottage, on a video (which appeared to have been pre-recorded in California) for the Diana Awards. Harry said in it: “Later this week, my brother and I are recognizing what would have been our mum’s 60th birthday, and she would be so proud of you all for living an authentic life with purpose and with compassion for others.”

It was the first time in a long time that Harry had referred to his brother in the context of commonality rather than conflict.

While Harry’s WellChild appearance was deliberately kept low-key (no video immediately emerged of his speech, for example) it was interesting to compare that with William’s very public appearance, with his wife and eldest son, on Tuesday evening, punching the air and celebrating as the English football team stormed to a 2-0 win over arch rivals Germany. It was a reminder of the passionate, very real human being that lives under the ever-calm royal effigy.

Harry and William are expected to walk together out of Kensington Palace to the Sunken Garden—the location where Harry last posed for press photos when announcing his engagement to Meghan—at 2pm local time (9am Eastern), where they will join a small group of their Spencer relatives and the artist before each making a speech. The entire engagement is not anticipated to last longer than a half hour.

If one wanted to devise an experiment to gauge the true emotional state of Harry and William, and their feelings for one another, it would be hard to imagine a better petri dish in which to conduct observations than this occasion, so replete for both with joyful and traumatic memories.

So which version of each of the royal brothers will appear?