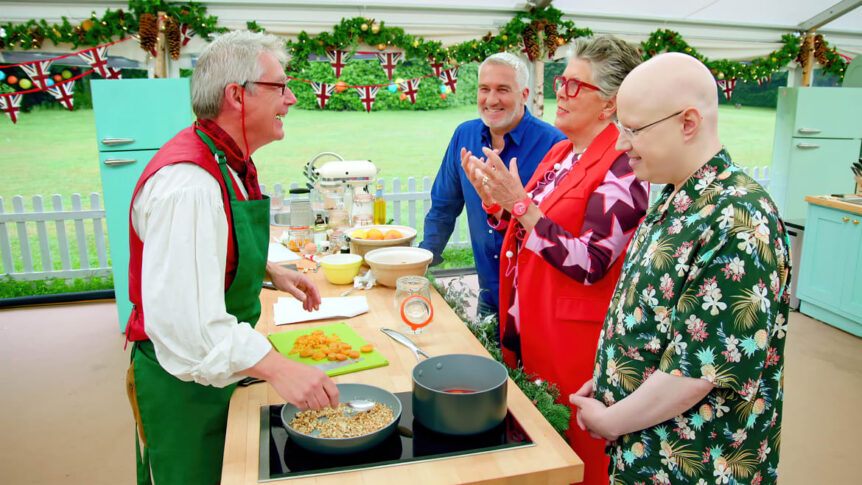 It’s that time of year—you know, the time to put on The Holiday and The Family Stone on repeat. The period of time when watching every Rankin/Bass holiday special is socially acceptable. The holiday season, when the only thing louder than Bruce Willis fighting baddies is your family arguing over whether or not Die Hard is a Christmas movie. (It is.)

But there might be one department of festive entertainment you’re missing out on entirely: holiday reality TV. No, we’re not talking about a Christmas episode of The Kardashians or a voyage to the North Pole on Below Deck (though both sound highly entertaining). We’re talking about The Great British Baking Show, which, in recent years, has produced a spinoff episode of their traditional English baking competition every holiday season.

This year, GBBS brought back a quartet of its most beloved bakers—including two of my favorite: sweet Rowan and Hermine—for The Great Festive Baking Show. The stakes are low, although being back in the tent surely feels stressful for the bakers. Instead of a whole 10 episodes of baking frenzy, they compete in the usual three rounds before declaring a holly jolly winner.