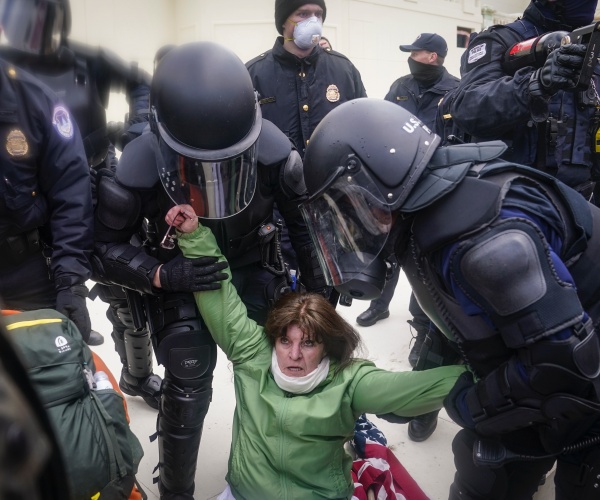 The White House announced on Friday that President Joe Biden “remains committed” to pushing for an investigation into the riot that occurred on Jan. 6 after Senate Republicans blocked legislation that would have formed a bipartisan investigative commission.

According to The Hill, principal deputy press secretary Karine Jean-Pierre told reporters aboard Air Force One that the president is pursuing a path to open an investigation. “The president has been clear that the shameful events of Jan. 6 need to be independently and fully investigated,” Jean-Pierre said. “He remains committed to that and we will continue to work with Congress to find a path forward to ensure that happens.”

Jean-Pierre accused Senate Republicans of not defending the Constitution by voting to block legislation. Although six Republicans voted in favor of the legislation, the vote fell short of the 10 GOP members needed to break the filibuster.

“The events of Jan. 6 represented an existential crisis of democracy. That is why the president supported the bipartisan commission that was proposed and why he consistently called for a full and independent investigation into what happened and how we can ensure something like that could never happen again,” Jean-Pierre added.

”Members of the Senate aren’t sent to Washington to rubber stamp any party’s views. They swear on oath to support and defend the Constitution, and today unfortunately they failed to do that,” she continued.

Jean-Pierre did not explain if Biden would form a commission himself; instead, she mentioned how the president is urging bipartisan support.

The Senate on Friday failed to pass the House bill by a vote of 54-35 due to the lack of support from 10 Republican members.  Republican Sens. Lisa Murkowski of Alaska, Mitt Romney of Utah, Bill Cassidy of Louisiana, Rob Portman of Ohio, Susan Collins of Maine and Ben Sasse of Nebraska all voted in favor of the bill.