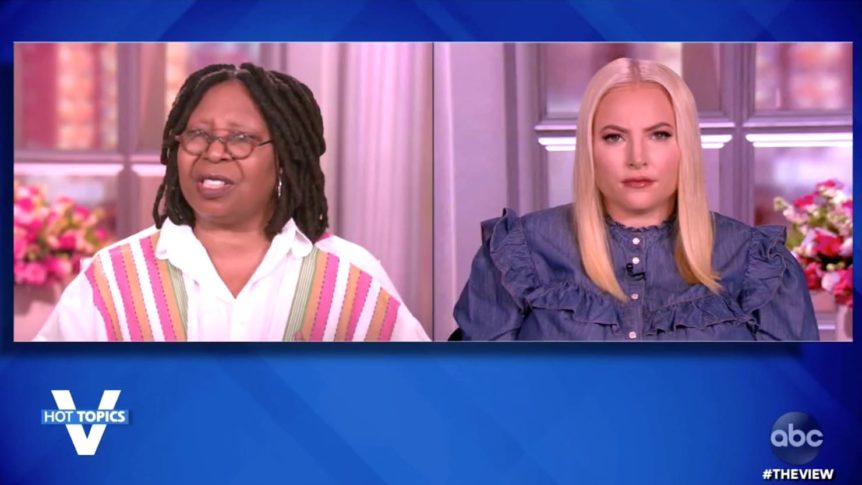 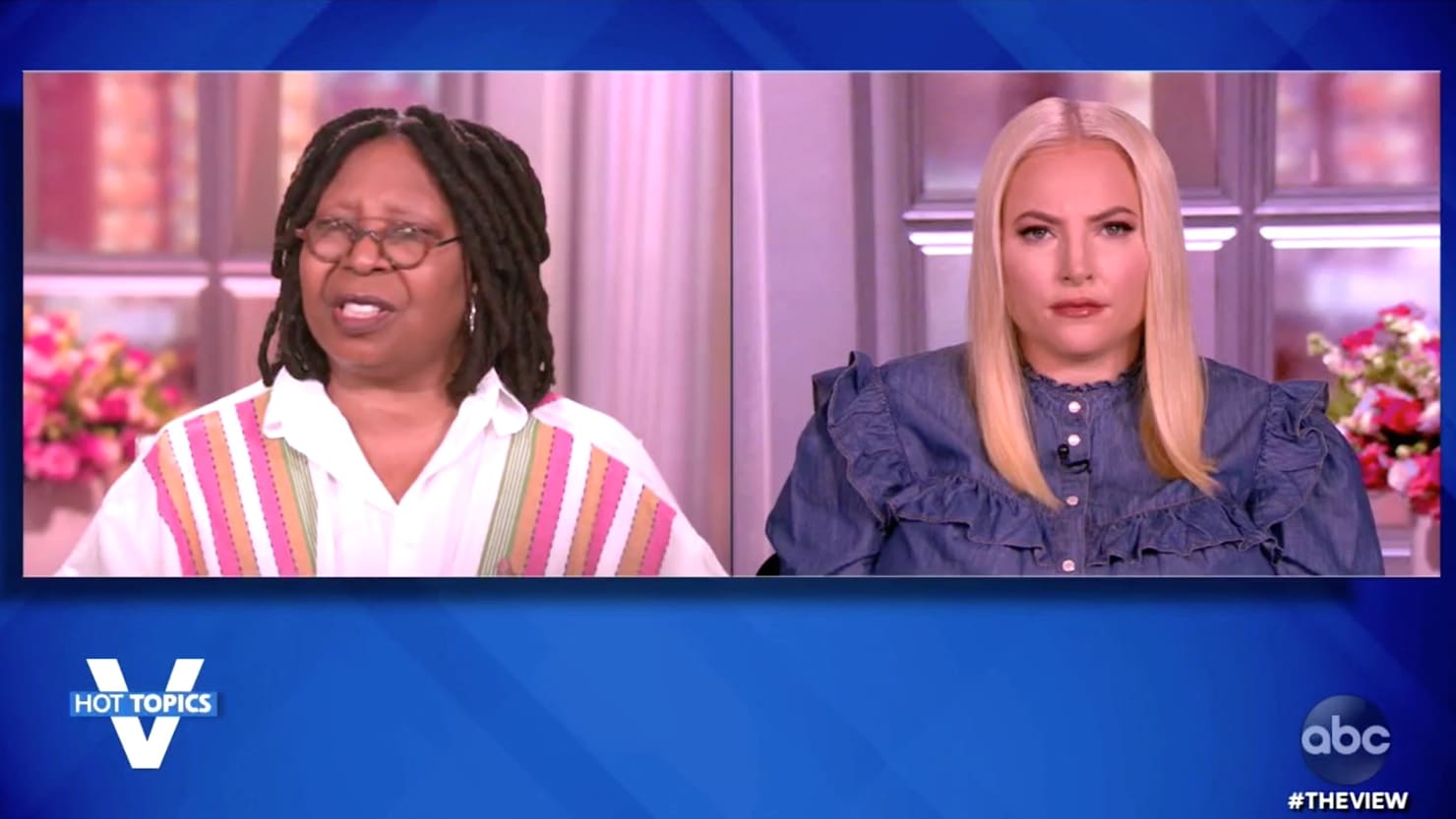 It was a simple enough question from The View moderator Whoopi Goldberg to her co-host Meghan McCain towards the end of a segment on Wednesday morning about the gut-wrenching January 6th hearings in Congress. It did not receive a simple answer.

“Meghan, these cops were protecting Republican and Democratic officials,” Goldberg said. “Why isn’t this a galvanizing moment for everyone? Is it really about just winning? Or have we lost something?”

McCain, who is leaving The View at the end of this week, began by lamenting how the investigation into the violent insurrection on the U.S. Capitol has become “politicized.” She admitted that Jan. 6 was “definitely one of our darkest days ever,” but seemed a bit confused about who was the blame for the violence against Capitol police officers.

“‘Blue Lives Matter’ is something many Republicans say and something I certainly have said and believe,” McCain explained. “Alternatively, I don’t like people on the left politicizing these particular law enforcement officers, because I can remember just a few mere months ago being told that all law enforcement were irredeemable and needed different kind of training and should be defunded and there aren’t just a few bad apples, it’s an entirely irredeemable group of people working in law enforcement.”

She continued to echo the same misunderstanding about the meaning of “defund the police” that she did over a year ago during an interview with then-Sen. Kamala Harris. When Harris asked McCain at the time how she was defining “defund the police,” the pundit replied: “I assume—and again, this is something that is new to me—I assume it’s removing police.”

Just as that assumption was an oversimplification, so is the suggestion that activists view all police officers as “irredeemable” people when they are actually pointing to a system that is fundamentally broken.

“So I would hope that politics on both sides would be removed for this,” McCain continued on Wednesday, “and we could take this as a teachable moment about just how valuable police officers and law enforcement are and that the narrative and the rhetoric from the past year has been equally dangerous.”

Ultimately, Goldberg closed out the segment by pushing back hard on McCain’s attempts to “both sides” the January 6th riot. “I have to point my finger to the other side, and this isn’t about politicizing,” she said, adding, “This is not about defunding anybody. This has nothing to do with anything but really crappy behavior by really inspired people by the guy that used to live in the White House.”

“That’s what this is about,” Goldberg concluded. “This is not about anything but crappy behavior—I’m going to say it again—on the other side of the aisle.”