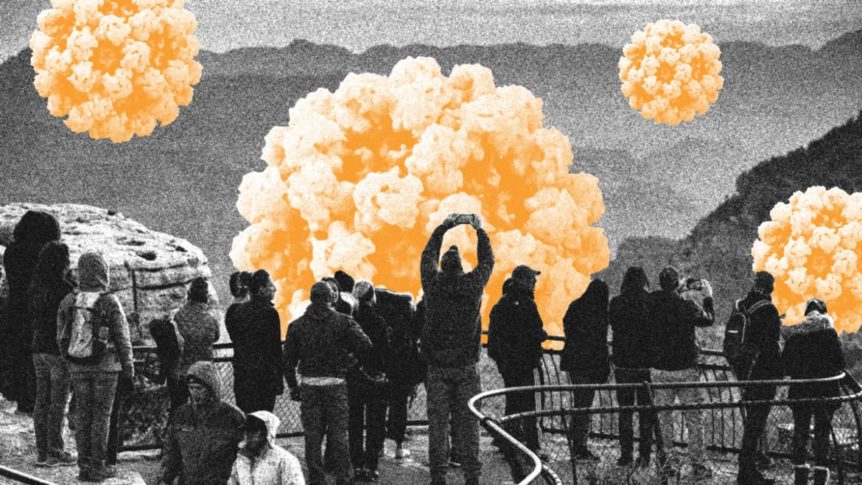 While hiking in Grand Canyon National Park, Kristi Key came across a concerning site: four hikers resting on the side of the trail, looking a little worse for wear. After learning that two of the hikers had spent the previous night violently vomiting, Key offered to call a rescue team, but the group declined. But when she saw them sitting in the same spot on her return trip, with one of the hikers still spewing chunks, she knew it was time to call for help.

Eventually, a chopper showed up, flying the nausea-stricken man to safety. But the experience stuck with Key, who told the Daily Beast that she has hiked hundreds of miles in the Grand Canyon, but that this was the first time she had ever come across hikers whose illness was unrelated to dehydration or heat. After a once-healthy member of the unlucky group fell ill later that day, Key began to suspect that a virus was to blame.

Key is not alone in her tale of nauseous woe, as the Grand Canyon National Park is currently experiencing an outbreak of a gastrointestinal illness that closely resembles norovirus, a disease that can cause vomiting, diarrhea, cramping, body aches, and mild fever. According to the CDC, norovirus is “very contagious” and anybody can get infected—the disease can be spread through direct contact with an infected person, contact with a contaminated surface, or ingestion of contaminated food or drink. While the symptoms can become intensely unpleasant, norovirus rarely leads to death or serious illness.